During the 1930s BSA concentrated on producing a range of dependable, well-made, competitively priced motorcycles. The firm’s single-cylinder range was re-designed by Val Page for 1937, the engines taking on many of the characteristics they would retain in the post-war era, most notably dry-sump lubrication, rear-mounted magneto and that distinctively shaped timing cover. 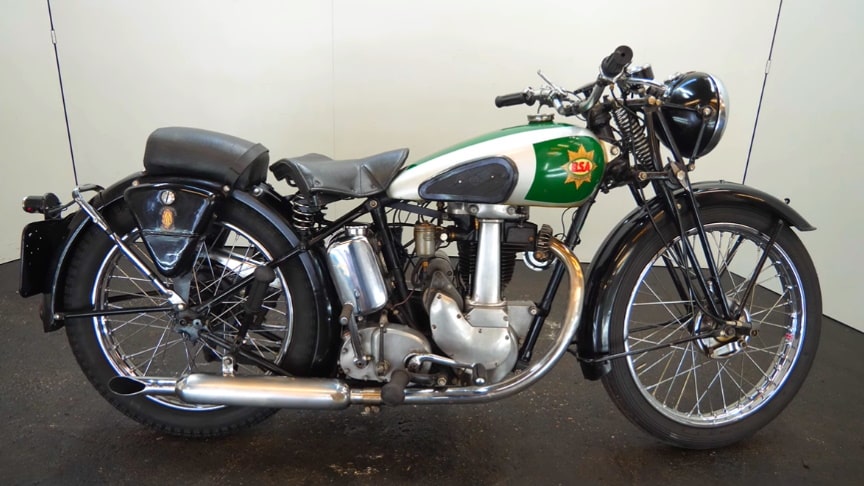 There were four new offerings in the 350 class: the sidevalve B23 and a trio of overhead-valve models. These comprised the B24 Empire Star, the B26 Star, and the B25 Competition model, which came equipped for trials use.

The new engines were housed in conventional cycle parts and drove via four-speed gearboxes, the Empire Star’s benefiting from the convenience of foot change.

These B-series models lasted until the wholesale revision of the range for 1940, which saw all four dropped.Engine and gearbox has been overhauled. This reliable bike runs fine./classic-motorcycle.com