After being injured in a bicycle accident, one of the Huwaei engineers, Zhihui Jun, came up with this innovative idea and became involved in the self-driving bike project. 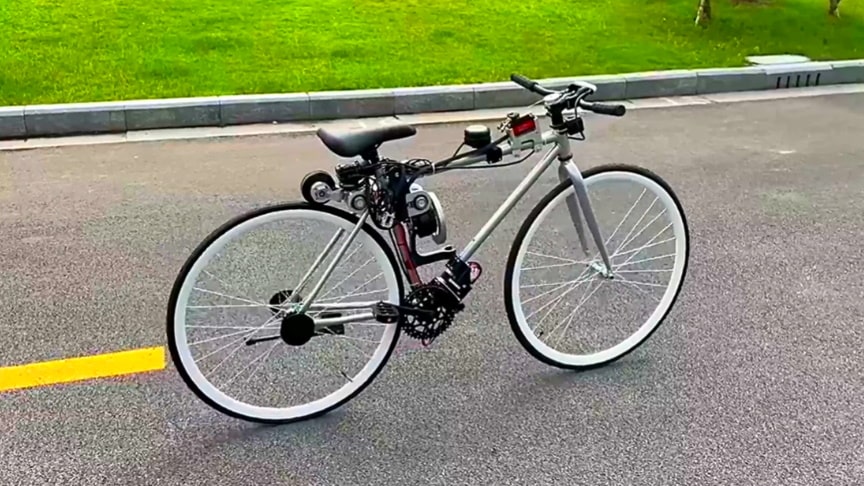 The bike is equipped the bike with two brushless motors and a steering gear to control the handlebar. Accelerometer and gyroscope sensors were added to detect even the tiniest motions.The question, of course, is what purpose an autonomous bicycle should have.

With vehicles, the purpose is already clearly recognizable, with a wheel I find it difficult to find a purpose. Perhaps one could enable such physically handicapped people to ride a bicycle, which they otherwise could not manage for various reasons. Incidentally.Peng also has the data for his project Github released./gearxnews