I made clay bricks, air dried them and then built a dry stacked (no mortar) wall from those bricks. Brick making is a time consuming process. To amass enough bricks for a large scale firing will take a long time to do. In the previous hut (that burnt down) bricks were stored inside the hut out of the rain to dry before firing. This took up considerable space within the hut. 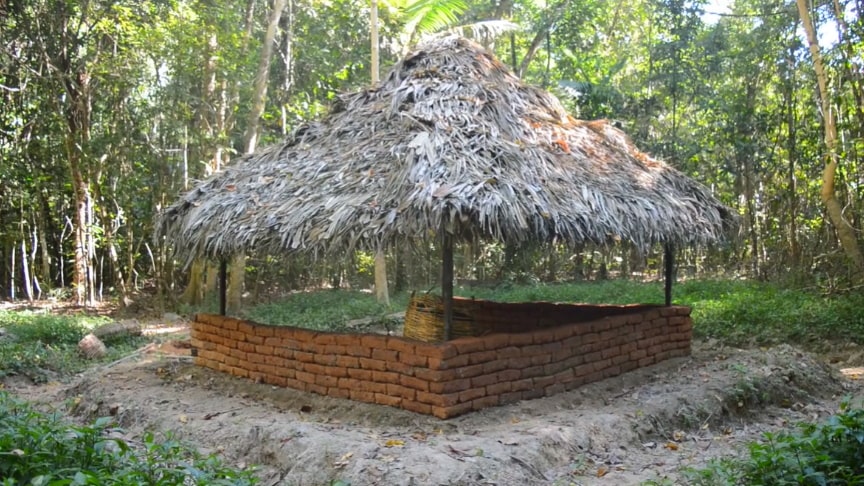 So with this hut, bricks were stored under the eves of the hut forming a temporary wall around the work space. Clay was taken from a pit and carried to the hut site.

The clay was mixed with water in a pit. The ceramic brick mold (made of fired clay in a previous video) was soaked in water and wood ash to make it slippery so that the clay would slide out easily. Bricks were then formed on the floor of half the hut.

When the bricks had dried enough they were then stacked under the eaves to form a growing wall. I’ll continue making clay bricks and when an opportunity rises, I will take them out and fire them, upgrading them from adobe bricks to fired clay bricks. These will in theory be used in a permanent hut constructed from bricks and mortar. /Primitive Technology