Inspired by “Mobile Suit Gundam,” one of the most popular anime series in Japan, engineer Masaaki Nagumo began building his very own larger-than-life robots. 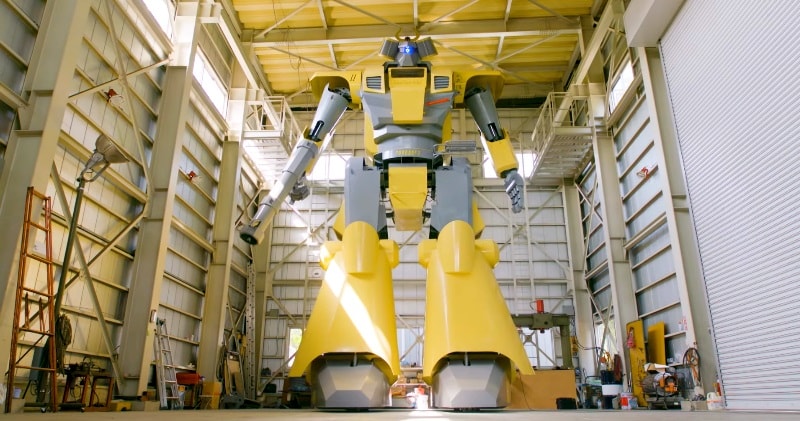 Each is fully operational and can be controlled by the user from within. His latest creation is the LW Mononofu, based off of the anime he watched as a child.

Standing at 28 feet tall and weighing close to 5 tons, it is the world’s largest fully operational robot. The LW-Mononofu is powered by both a 200-volt AC electricity source and a 24-volt DC battery.

The cockpit is outfitted with monitors showing footage shot by cameras installed at five points on the body, and the pilot can manipulate the robot with levers, pedals and buttons.While Masaaki believes his greatest work is still yet to come, he’s hopeful that creations like these will inspire future generations of tinkerers.