More than 800 people died in crashes involving red light running in 2016, an increase of 17 percent since 2012, an IIHS analysis shows. The increase comes as fewer U.S. communities are using red light cameras to enforce the law and reduce crashes. 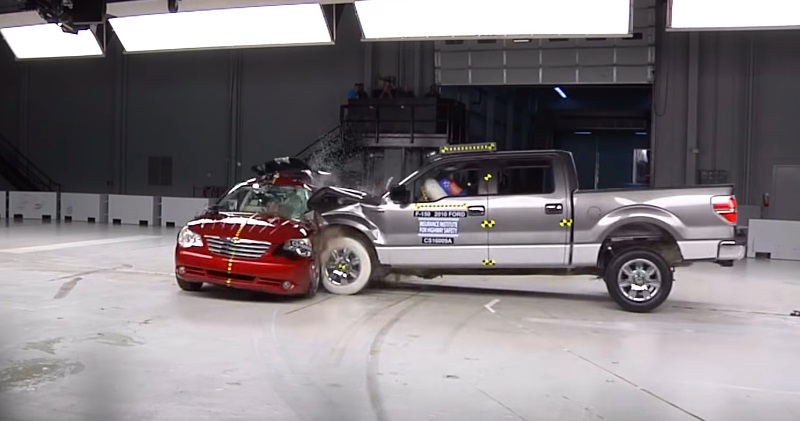 This demonstration crash of a 2010 Ford F-150 striking a 2007 Chrysler Sebring recreates a real-life red-light-running collision. In the real crash, which occurred in Yuma, Ariz., in 2012, the Sebring’s driver was severely injured./IIHS