Cuttlefish survive by being able to blend into their surroundings through camouflage, how would a cuttlefish fare in a less familiar setting?Would it be able to camouflage itself against the more structured patterns seen in a human being’s living room, for instance? 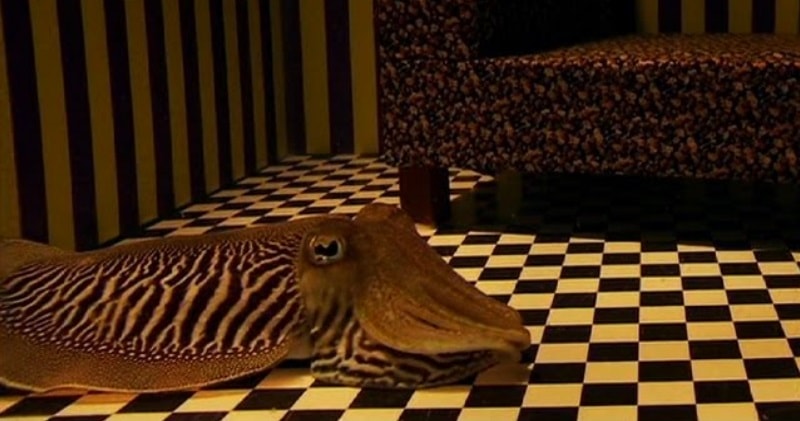 Richard Hammond puts this to the test and experiments if the fish are able to camouflage in a tank set up like a living room.Hammond designed an underwater living room set, complete with a checkerboard floor, striped walls, and a patterned couch.

Then, he released a cuttlefish into the room, and observed how it adapted to its surroundings. The experiment proved that cuttlefish are, indeed, masters of camouflage—though they probably wouldn’t win a game of hide-and-seek against a human competitor. Check it out above.

Cuttlefish change the patterns on their body for courtship rituals, when they eat a snack, and most famously when they want to blend in. How they change their skin patterns may tell us something about how they see the world, says Duke biologist Sarah Zylinski. Her work suggests that when cuttlefish see incomplete shapes, they fill in the visual blanks — much like humans do. Can’t get enough saltwater camouflage?