In the periodic table of chemical elements, xenon is located in the last group, almost at the bottom.Like its buddy neon, the heavier xenon is also part of the noble gases bunch, chemical activity of which is very low due to the lack of free electrons in the outer electron layer. To provide a simpler example, the noble gases can be compared with a lazy well-fed cat who doesn’t want to take anything but also has nothing to give. 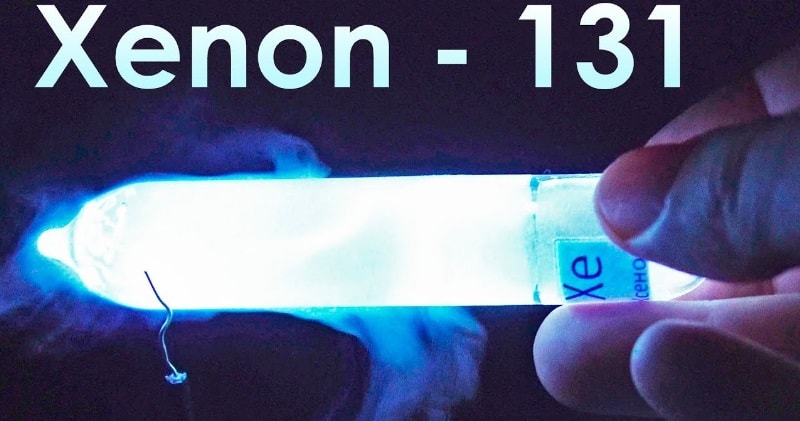 Nevertheless, externally, xenon looks like a colorless, odorless gas, to demonstrate the properties of which I bought a special vial of xenon, wherein the gas is stored at reduced pressure, so that it is easier to conduct some demonstrations with it.Like the other noble gases, while passing a high voltage through xenon, it glows with a beautiful blue color.read more (Thoisoi2).

For the glow you need to create a low pressure in the ampoule that is approximately 100 times less than atmospheric, and also to pass through the vial a high-frequency voltage of about three thousand volts. This high voltage can be given by the generator of a plasma lamp, from the effect of which a glow discharge occurs in xenon, in other words, the gas begins to glow beautifully.

The current here is insignificant, so my hand can easily play the role of a conductor here due to the human body having capacity, like in an electrical capacitor. If the vial of xenon is put in liquid nitrogen, the gas inside will freeze because the melting point of xenon is -111,7 degrees Celsius. When you get the vial out of liquid nitrogen, you can then observe the solid xenon, which quickly melts and immediately evaporates due to the very small difference between the boiling and melting points of this gas.