A full Boeing 747 weighs almost 400 tons. The 4 engines of this giant have to have quite a lot of thrust to take the monster off. How much thrust? You can see that in the Top Gear video below. 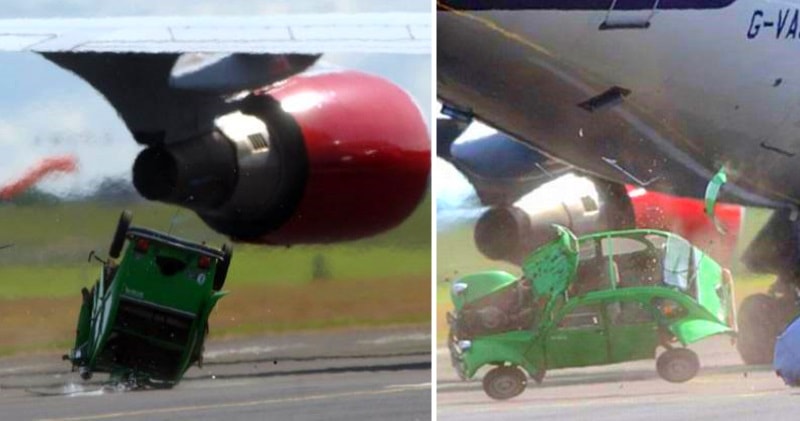 Richard answers that everyday question – can a car survive the thrust of a Boeing 747’s engines?A Citreon 2CV and a Ford Mondeo are the test subjects lending a helping hand to find out.Watch how the car was blown more than 100 metres when the aircraft engines were opened up to 99 % of take-off power.

They used a Ford Mondeo and a Citroen 2CV as ammunition. The cars were thrown down the runway after being caught in the take-off blast of the Boeing 747. The Citroen 2CV was lifted from the ground by the blast, travelling more than 100 yards and overturning before crashing down.They are known for their silly ideas and this is one of them.

Basically, they used a 747 passenger plane as an airgun to fire off cars. They wanted to test the propelling powers of the engine. A spokeswoman for Virgin Atlantic Airlines, who supplied the jet, said Top Gear contacted them to recreate an old safety video.