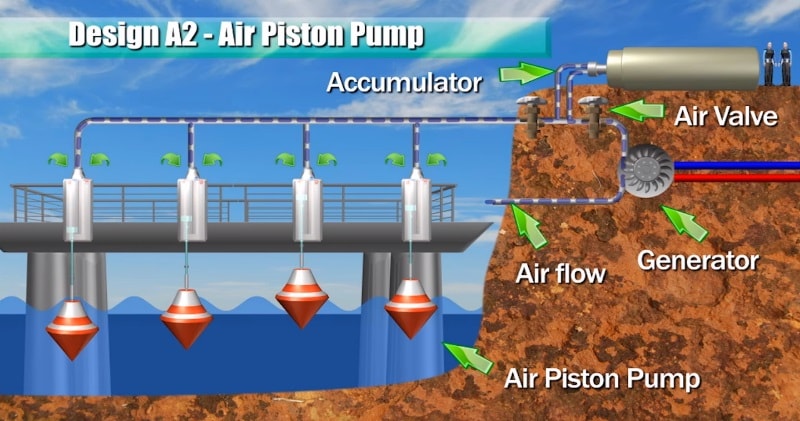 The present invention provide double acting pump mechanisms when the piston reciprocates inside the piston chamber as the piston is driven by a float according to rising and falling waves.

Each pumping apparatus is driven by a float; the pumped fluid (water and/or air) is supplied to drive a fluid motor or a turbine, which in turn operates a generator to produce electric power.International Patent Application No. PCT/SG2011/000232.

Various approaches to harvesting ocean wave energies have been developed that focus on maximizing wave-energy capture, maximizing the output of the electromechanical power conversion process, and optimizing the overall system performance from a cost, reliability, and value proposition standpoint.