Here’s an inside tear down of the internal components of an airbag, and how it works to save you in an accident.An airbag works on the principle of a rapidly expanding gas that fills a balloon of air to cushion the impact of the occupant’s head during a collision. 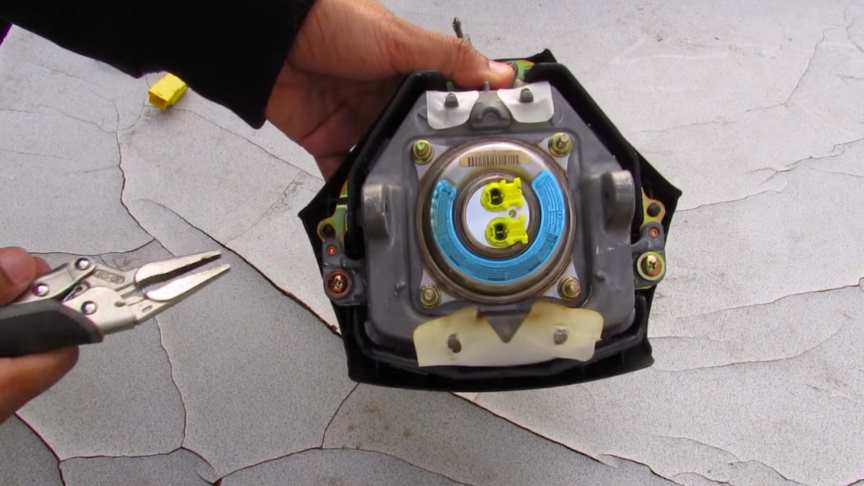 The reactive compound in the inflator is sodium azide, which decomposes into nitrogen gas and sodium. This explosion fills the airbag within milliseconds, and the deflates allowing the driver to regain control of the vehicle.

The Takata airbag recall was issued to vehicles with defective airbag inflators that would inflate with too much force. This could cause shrapnel to explode into the occupant’s face and cause injury or death.

In this video, a Honda airbag is taken apart as a demonstration to show the internal components of the airbag, including the airbag cover, the airbag balloon, the horn switch, airbag inflator and tamper proof electrical connectors. Warning: Never take apart an airbag that has not been exploded. Any static or electrical current can set off the unstable sodium azide compound, causing it to explode.via/read more: speedkar99