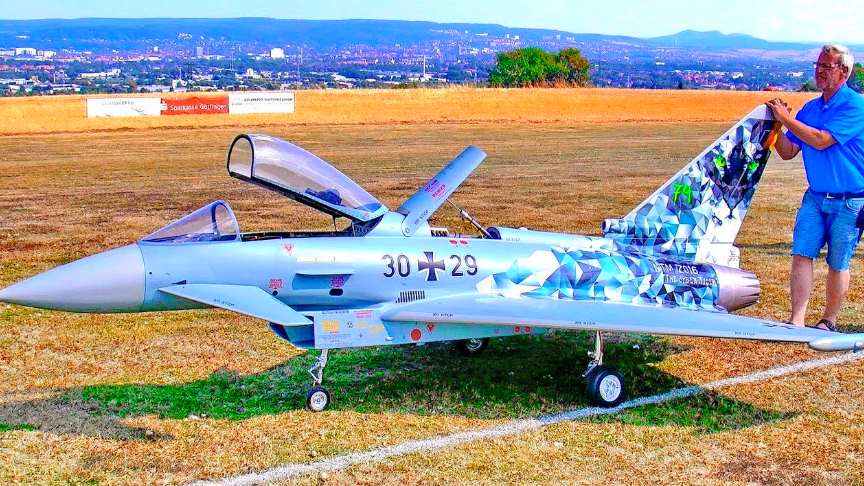 This Giant RC scale jet plane model is designed on the basis of EU fighter with Ap-layout.It can show vivid flight gesture and fluent aerobatic capacity. The airplane has a 2.5m wingspan and a lenght of 4.00m, it is powered by a Frank Turbine jet engine. Watch the video from RC MEDIA WORLD.

The airplane weights around 83kg and can reach up to some outrageous speed of 75+ mph because it is super light weight construction and its detailed design is sure to make heads turn. The front landing gear can turn around making landing and directional movement on land simple.

The aircraft has a beautifully designed airframe and wings which are all pre-painted in realistic looking army colors that will offer a breathtaking appearance in flight.