AWD is a term used in vehicles that have the ability to transfer power to all four wheels. The transfer of power is often computer controlled, and features a central clutch that allows for a difference between the speed of the front and rear wheels, which suits it best for on-road use. AWD systems also differ from 4WD / 4×4 systems because there is no LO speed transfer case. 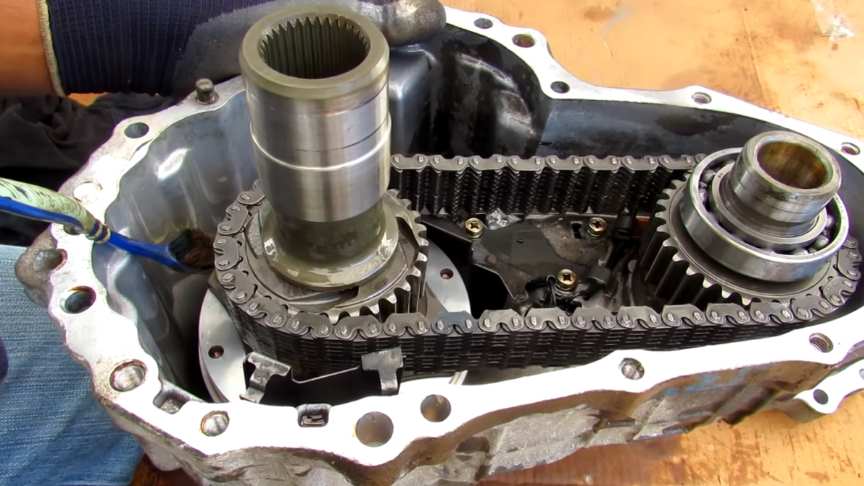 Many modern cross-over utility vehicles employ a part time AWD system, known as a “slip and grip” system. If slippage is detected in the front wheels, some torque is sent to the rear wheels.watch the video from speedkar99 for more info:

The design and control of the system dictates how much of that power is sent to the secondary axle. Other vehicles have a full time AWD system, which sends even power symmetrically to all four wheels.

In this video, the ATTESA AWD system from a 2006 Infiniti G35X Sedan is taken apart to show what’s inside and how it works. Inside consists of a shaft that links the transmission’s output to the rear wheels directly, with a chain and electromagnetic clutch linking the prop shaft to transfer power to the front. Keep your AWD vehicle well maintained by rotating tires and changing transfer case and transmission oil regularly.via/read more: speedkar99