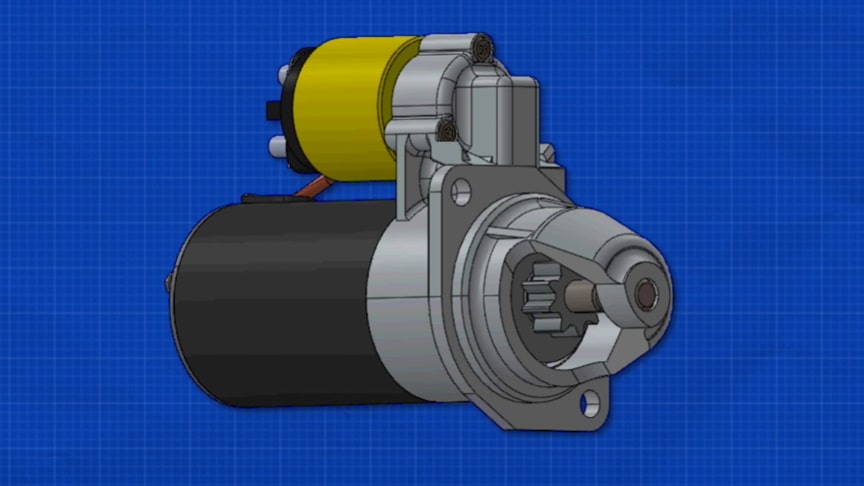 The starter motor is responsible for turning the engine over during ignition and allowing everything else to happen. When you turn the ignition on, the starter motor engages and turns the engine over allowing it to suck in air. When DC power from the starting battery is applied to the solenoid, usually through a key-operated switch (the “ignition switch”), the solenoid engages a lever that pushes out the drive pinion on the starter driveshaft and meshes the pinion with the starter ring gear on the flywheel of the engine

The solenoid also closes high-current contacts for the starter motor, which begins to turn. Once the engine starts, the key-operated switch is opened, a spring in the solenoid assembly pulls the pinion gear away from the ring gear, and the starter motor stops. The starter’s pinion is clutched to its drive shaft through an overrunning sprag clutch which permits the pinion to transmit drive in only one direction.

In this manner, drive is transmitted through the pinion to the flywheel ring gear, but if the pinion remains engaged (as for example because the operator fails to release the key as soon as the engine starts, or if there is a short and the solenoid remains engaged), the pinion will spin independently of its drive shaft./wikipedia