The Antonov An-74 is a Soviet/Ukrainian transport aircraft developed by Antonov. It is a variant of the An-72.The An-72 and An-74 get their nickname, Cheburashka, from the large engine intake ducts,which resemble the oversized ears of the popular Soviet animated character of the same name. 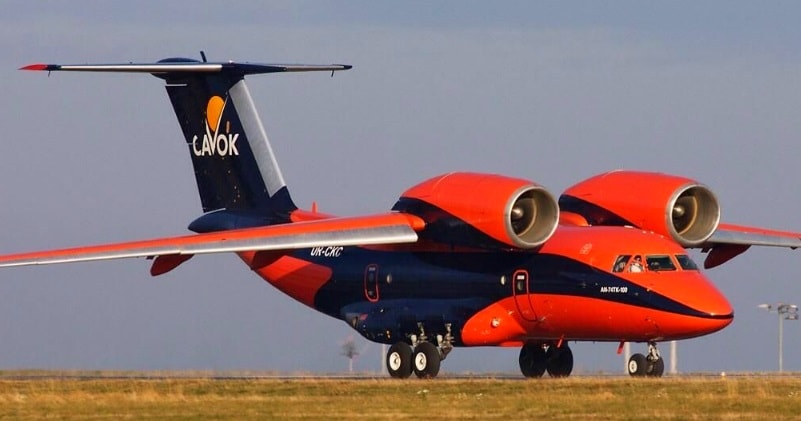 Antonov An-74 is a twin-turbofan airplane designed to carry up to 10,0 tonnes of cargo at a cruising speed of up to 700 km/h at a cruising flight altitude of 10,100 m.An unusual design feature of the An-74 is the use of the Coandă effect to improve STOL performance, utilizing engine exhaust gases blown over the wing’s upper surface to boost lift. 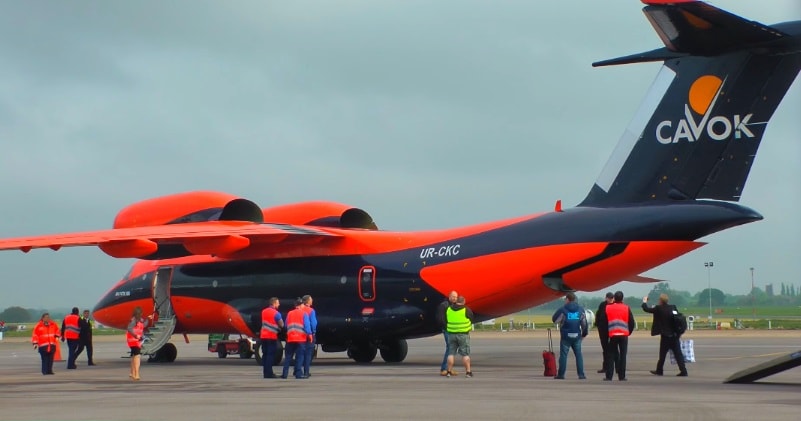 The rear fuselage of the aircraft has a hinged loading ramp with a rear fairing that slides backwards and up to clear the opening.

The An-74 has a payload of 7.5 tons including up to ten passengers in the cargo version, or up to 52 seats in the passenger version; the operating ceiling is 10,100 metres and cruising speed is 550 to 700 kilometres per hour.

The aircraft’s main purpose is to deliver cargo, equipment and personnel over short- and medium-range routes in any climatic conditions ranging from −60 to 45 °C (−76 to 113 °F) and at any latitude, including the North Pole, and high.