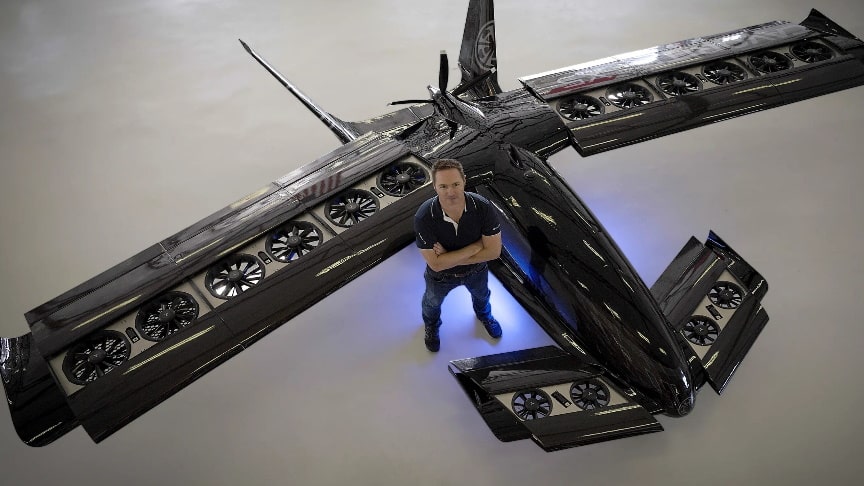 This is a sub-scale demonstrator which provides key fight data to validate and improve our 50% prototype which is currently being built. The prototype was developed by Horizon Aircraft, an Astro Aerospace company.

The aircraft also will utilize hybrid-electric propulsion rather and an all-electric system, increasing its range and payload capabilities. The current prototype of the aircraft, featured above, features a 22-foot wingspan, a length of around 15 feet, and weighs in at about 500lbs.

the Cavorite X5’s power comes from a combination of gas engine and electric batteries, capable of battery recharge during flight, giving a range of 270nm (500km).Its fan-in-wing layout features sliding covers to smooth the wing profile for cruise flight.