So today I will tell you about the most active and unusual metal on earth – cesium. Cesium is an alkali metal which is located near the bottom of the periodic table of chemical elements.Only francium can be more active than cesium, but that metal is radioactive and only an insignificant Because of its high activity, metallic cesium is being stored in special ampoules under inert atmosphere of either argon or hydrogen. 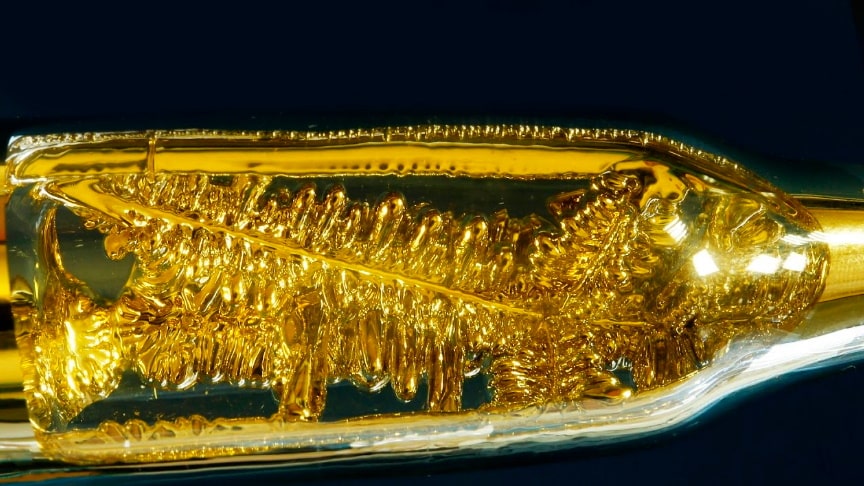 Appearance wise, cesium has a yellowish tint, like gold, but the price for cesium is still higher than gold. Due to the extremely small sales market and its highest activity, price of cesium can reach over 100 euros per gram! The vial, which you see on the screen, is 50 grams of cesium. Just imagine it’s cost. Watch the video from Thoisoi2:

Cesium is unusual in that it has a very low melting point – only 29 degrees Celsius. If you take the vial of cesium in hand, you can see how quickly the metal begins to melt. Furthermore, even while cesium is still in the vial, we can already conduct experiments with it.

If you leave the liquid cesium in a vial for some time, it partially hardens, forming very beautiful crystals of pure cesium. For the first time on YouTube you can now observe cesium as it is being cut. First, I took a piece of cesium and put it on a piece of wood. Cesium melts from the oxidation reaction of oxygen in the air, and then self-ignites with a beautiful magenta flame due to cesium ions. Cesium also behaves similarly on the napkin.//Thoisoi2 – Chemical Experiments!