The Flying Huntsman 6×6 Civilian Carrier is based on Defender 110 2.2 TDCI,Afzal Kahn and his team of designers, engineers and craftsmen spent thousands of hours in research and development to create the Civilian 6×6, a unique 9-seater vehicle which celebrates and builds upon the personality of the Land Rover Defender. 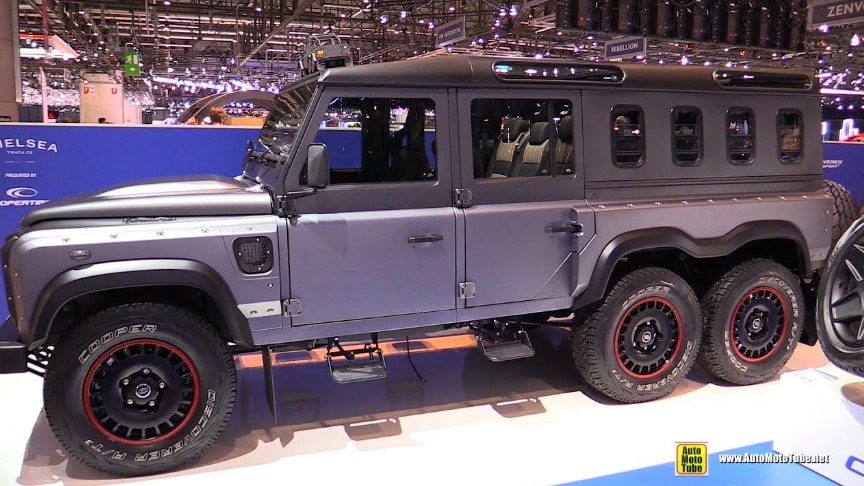 At 880mm longer than a standard Defender, the Civilian 6×6 also features a comprehensive range of mechanical and stylistic upgrades that give it a striking appearance and dramatically enhanced off-road performance.Drive is to all six wheels via a six-wheel-drive system switchable between high and low modes. And the standard powertrain is a 2.2-liter turbocharged inline-4 diesel good for about 170 horsepower.

Combining traditional techniques with superb craftsmanship and engineering expertise, Kahn has created an instantly recognisable, aggressive-looking vehicle boasting genuine 6-wheel drive capabilities.Inside the cabin, the vehicle accommodates up to 9 people in a degree of luxury with which Kahn has become synonymous.