MOVE over Jaws because there’s another shark in town – and this one has wheels! Kurt, who’s father used to repair boats. 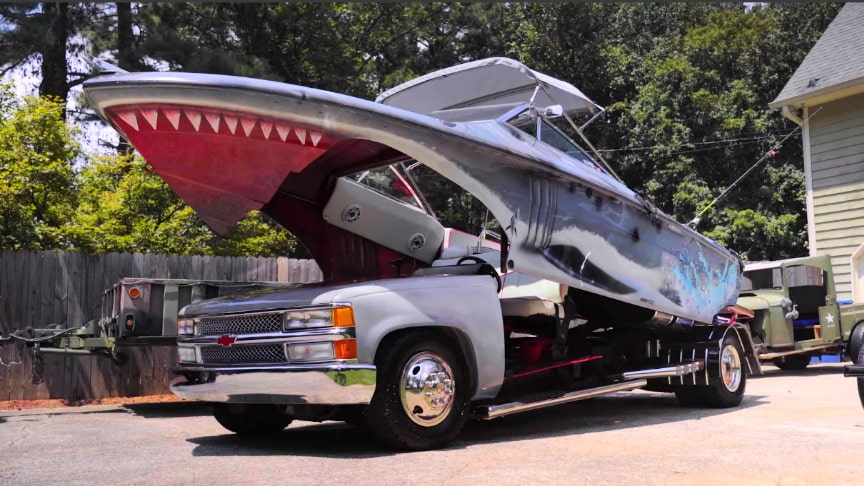 Took his friend’s 24-foot-long arrow boat that was leaking gasoline and put it on top of a Chevy dump truck to make one of the most unique vehicles you could imagine.

It’s so unique that Kurt says it causes car accidents when it distracts other drivers on the road. Every detail has been fine tuned from the hand-painted shark teeth to the powerful train horn.

You can pack six or seven mates into the back or as many that will fit because instead of a seatbelts Kurt has installed a big roller coaster-esque lap bar, perfect for group fishing expeditions, so long as you don’t scare the wildlife./Barcroft Cars