Century eggs don’t look anything like the eggs you might be used to. Cut one open, and you’ll find an albumen that’s brown jelly and a yolk that’s shades of black and brownish green. 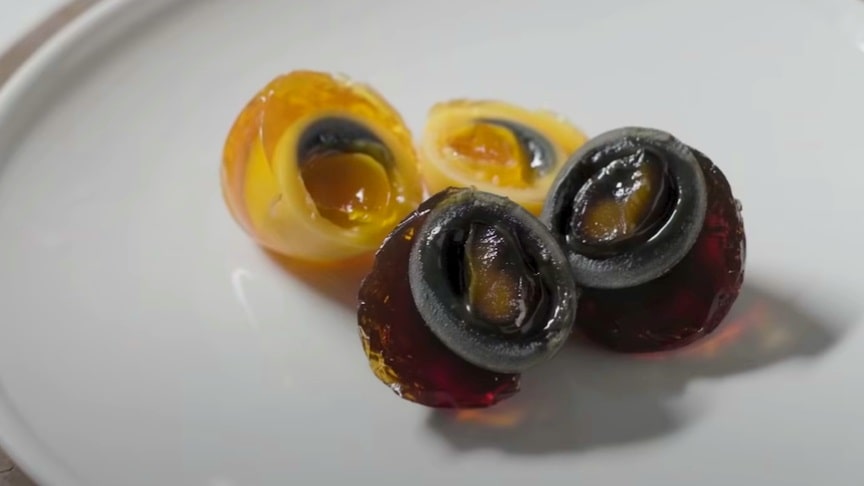 They are considered a delicacy in China, dating back to the Ming Dynasty. Qianggeng Wu and Aishu Sun, a married couple who live in China’s Changlong Village, show us how they use traditional preserving techniques to transform ordinary duck, quail and chicken eggs into tasty century eggs.

Through the process, the yolk becomes a dark green to grey color, with a creamy consistency and strong flavor due to the hydrogen sulfide and ammonia present, while the white becomes a dark brown, translucent jelly with a salty flavor.

The transforming agent in the century egg is an alkaline salt, which gradually raises the pH of the egg to around 9–12, during the curing process. This chemical process breaks down some of the complex, flavorless proteins and fats, which produces a variety of smaller flavorful compounds.