CICARÉ a company based in Argentina has developed a new helicopter training system that may just revolutionize helicopter pilot training. The company says this new system will make it much safer to learn to fly a helicopter as well as being less expensive. 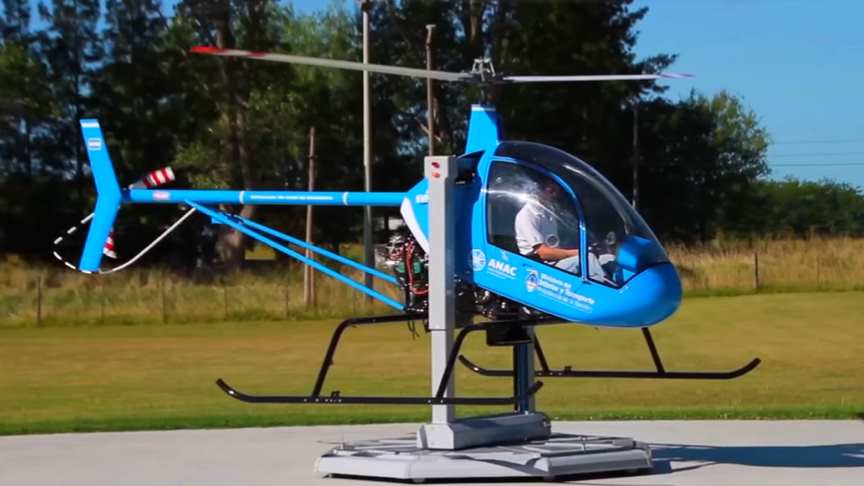 With a newly designed composite cabin, a more reliable engine and a new electronic safety control system, the Cicaré SVH-4 repositions its sell for a safer and more entertaining helicopter instruction.

Like its successful previous model the SVH-3 its a conventional helicopter design attached to a unique mobile ground platform which allows full and safe use of all flight controls including lift off to a normal hover at 3 ft AGL and hover taxing.

A student that has been trained for 10 hours in the Cicare SVH4 will be able to keep any helicopter in stationary flight because the sensitivity acquisition in the handling of flight and engine controls (which is everything a pilot needs) has been completely achieved by flying a real helicopter that has limited flying height.