The Mayans engineered the acoustics of the Castillo pyramid at Chichen Itza to chirp like the Quetzal bird – but only when you are standing directly in line with the stairs. 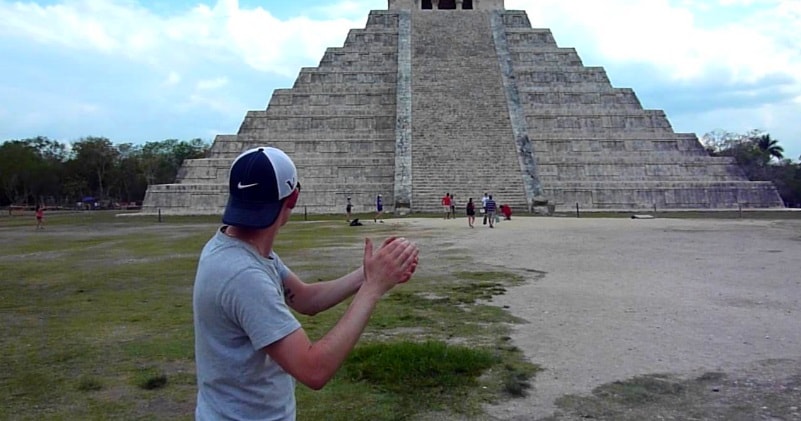 Scientists have shown how sound waves ricochetting around the tired steps of the El Castillo pyramid create sounds that mimic the sound of the Mexican quetzal bird, a sacred animal in Mayan culture. Here’s a video of our Mayan tour guide (who was amazing!) teaching Nate how to get the Pyramid to chirp back at us.

Constructed around 1100 A.D., the 32,400-square-foot pyramid features four stairways with 91 steps each, which combined with the single step at its entrance totals 365 stairs–the exact number of days in the Mayan calendar.

The pyramid consists of a series of square terraces with stairways up each of the four sides to the temple on top. Sculptures of plumed serpents run down the sides of the northern balustrade.