The NOAQ Boxwall is a freestanding temporary flood barrier. It is designed specifically for the urban environment, with even surfaces like asphalt streets and concrete floors.They weigh much less than the sandbags, but they are still 100% effective. A 50 cm high barrier weighs no more than 5.5 kg per running metre. 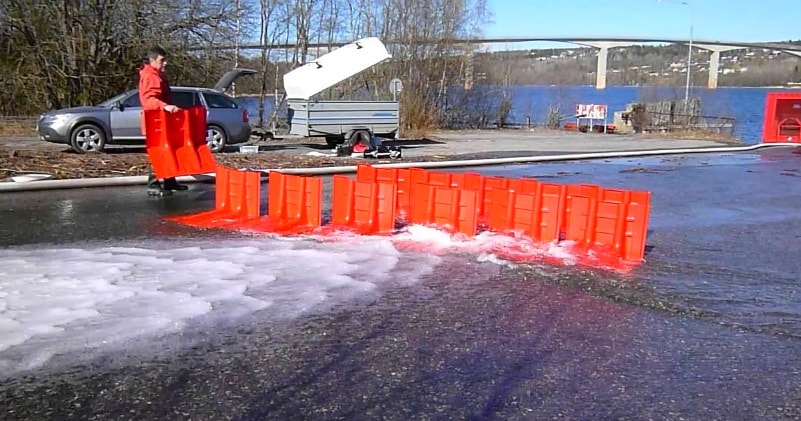 The NOAQ Flood Fighting System contains a variety of products and services apart from the Boxwall and the Tubewall, all suitable for various situations of flooding. A Boxwall is built by snapping the boxes together. No tools are needed. Gradual curves are made by connecting the boxes at a slight angle, and for corners there are specific corner boxes.

Protecting oneself against floods can be difficult without the right equipment. The tubewall and the boxwall from NOAQ are two such mobile protective barriers. Both are designed so that they are automatically anchored by the own weight of the flood water. The barriers are so light and handy that they can be built up by ordinary people, those most closely affected.

Employees can protect their own workplace, the students their own school, the family members their own home and the neighbors their own residential area. Still the emergency service and other society resources are needed, but they can instead concentrate on protecting roads, hospitals, pump stations etc.