Albert John Stevens and his three brothers became involved in motorcycles before the turn of the 20th Century. By 1909, they were manufacturing motorcycles under the name AJS. The company failed in 1931 and was taken over by Matchless, the two later operating under the name, Associated Motorcycles in London. 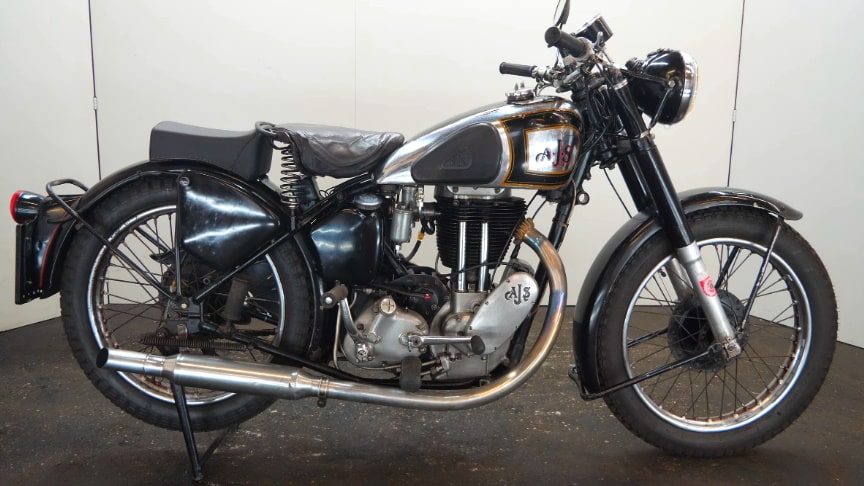 During World War II, the company supplied the War Department with thousands of Matchless G3/L 350cc singles. The company’s first big postwar splash was with a civilian version of the G3/L. in 1946.

There were both 350 and 500cc singles in 1946. The AJS version of the 500 was the model 18. These 500 singles would be the mainstay of Associated Motorcycles from their introduction until the company foundered.

The last AJS Model 18 was produced in August 1965. They had remarkable success in off road racing in both the US and Britain.This AJS offered here is ready to drive and will be handed over with Austrian papers.