Julien Cohen’s first home was carved into the side of a hill in La Roque Gageac, a troglodytic village stacked against a sheer cliff. 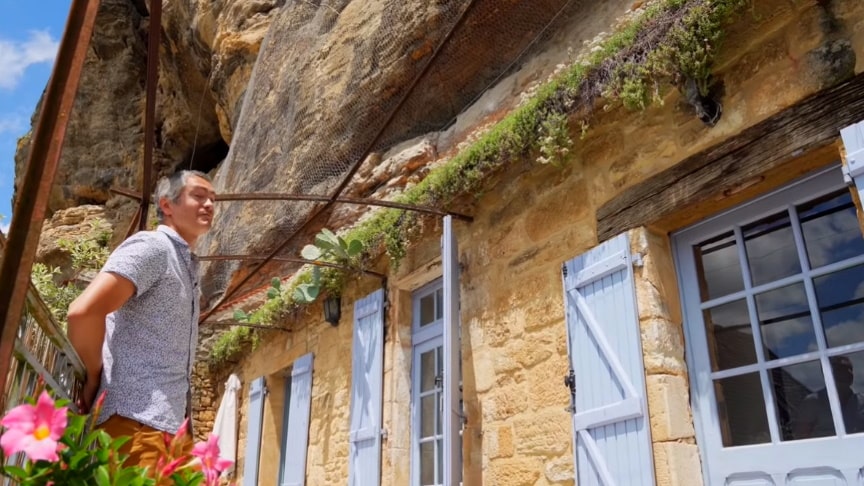 He spent 5 years in this sliver of a home where the stone face is everywhere: as the ceiling of his closet and shower, behind the refrigerator, and in the wall looming over the bed.

During the Hundred Year’s War, La Roque Gageac, was one of the few towns that never fell to the English, thanks to a fort perched on the cliff at the top of town whose only access is a tiny staircase (It still stands).

The views from the cliff are panoramic perspectives on the Dordogne River and surrounding castles; this is an area Henry Miller called the “Frenchman’s paradise”. Here, Cohen lived for five years until his growing family made the small space too difficult.