Personal flight is one of humanity’s most enduring aspirations, but has historically only been available to a privileged few with the money, time and skill to fly traditional aircraft. We’re making the joy and utility of personal, vertical flight accessible to everyone. 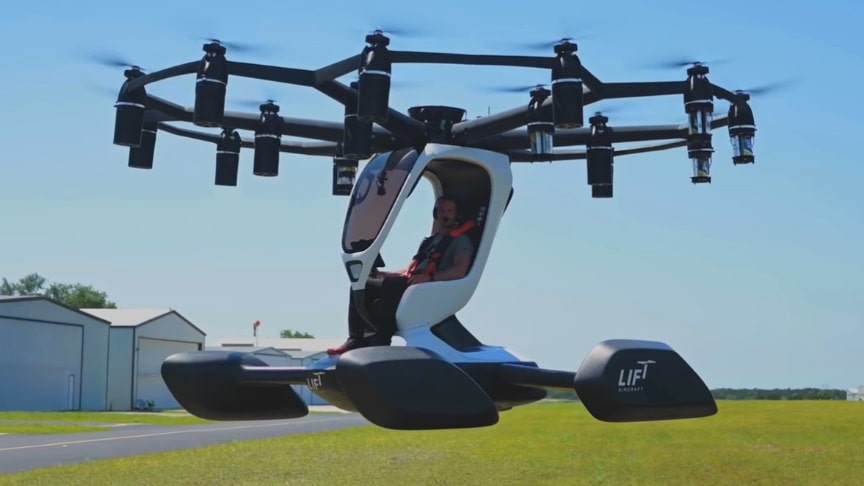 Lift’s Hexa from “Liftaircraft” is an electric-powered, vertical-takeoff-and-landing aircraft, or eVTOL aircraft,with an airframe built entirely of carbon fiber, Hexa weights in only 432lbs.And is compliant with the FAA’s Powered Ultralight classification so no pilot’s license is required to fly.

Lifting the Hexa are 18 rotors, each of which is powered by its own battery,the vehicle can fly with up to six motors disabled but is also equipped with an autonomous ballistic parachute.It can carry a 250 lb (113 kg) passenger for up to 15 minutes while retaining 25% battery life.

When it comes to steering, you’ve got two options: a 3 axis joystick, or the seven inch touchscreen, which also allows for a hands-free flying experience.The aircraft can fly at speeds of up to 55 knots (63 miles per hour), the maximum allowed for ultralight aircraft under FAA rules.