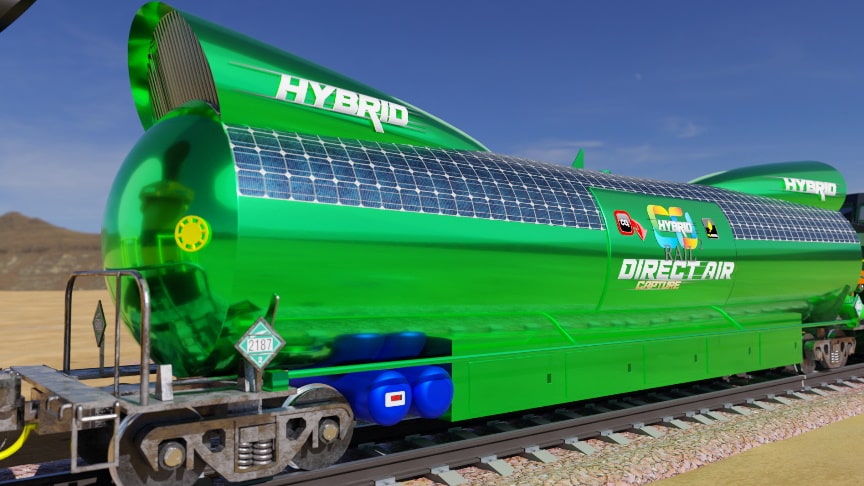 CO2Rail technology is capable of significant per-unit CO2 harvest productivity along with the immense scaling potential that the global rail network provides. The CO2Rail System deploys proven technology for the Direct Air Capture of man-made carbon dioxide gas from the environment. 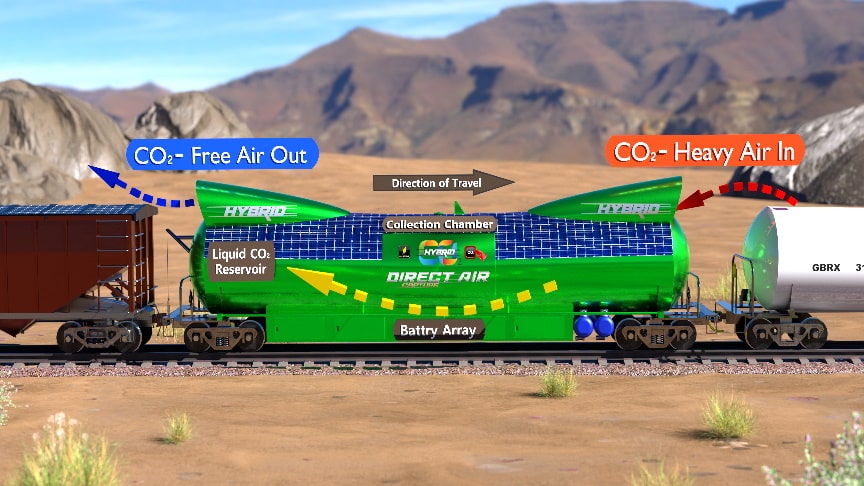 It powers itself utilizing only no-carbon, onboard hybrid, regenerative braking energy generated from already running trains in regular service and railcar-mounted solar cells.

The train cars will be equipped with chambers to collect carbon dioxide, which will then be concentrated and stored in a liquid reservoir until the train. The carbon dioxide-free air will be released back into the atmosphere from the back or underside of the rail car. 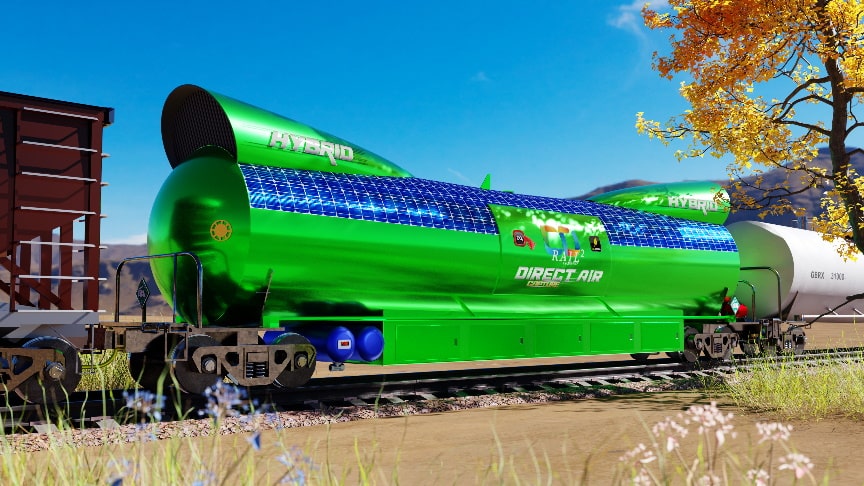 If laid end-to-end, a rail network would reach to the moon and back twice over and contains a global population of nearly 7 million railcars and locomotives. Enough, if coupled end-to-end, to circle the globe four times at the equator.At scale, CO2Rail will bring substantial capabilities to the climate fight and, over time, meaningful reductions in atmospheric CO2 concentrations thereby mitigating the worst effects of climate change.