Come Dad make me a Jet Scooter.Yeah so thats a challenge I can rise to and then I need to make the adult gas turbine powered version. YouTuber Colin Furze, known for his mildly deranged mechanical creations has again built something rather impressive. Egged on by his 5-year-old, equally excitable son, Furze took a simple kick scooter and made it better. What’s better than a scooter? Jet scooter!

It’s not gas turbine powered, rather using a remote controlled electric fan to buzz around. The fan is powerful enough to move the scooter and the kid, believe it or not. For a homebrew build, the end result even looks very neat.

For those who consider the kids’ version a bit meek, Furze says he’s building a faster, adult-sized version – complete with gas turbine power from junkyard turbocharger origins. Given the chance to ride that one, we’d strap on our helmets very securely, and it wouldn’t be a bad idea to wear one riding the electric version, either. 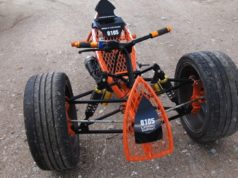 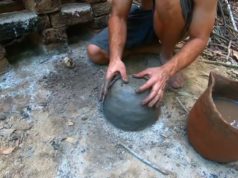 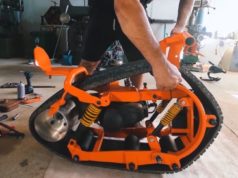 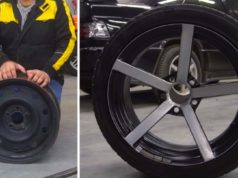