We have a 3D printed EJ20 Subaru boxer engine, as well as a 22RE Toyota inline-four engine. We’ll start fairly basic and work our way through several different topics for each layout, including the four strokes, the firing interval and order, the vibrations of each layout, the packaging differences, the cylinder head differences, and finally a bit about the sound. 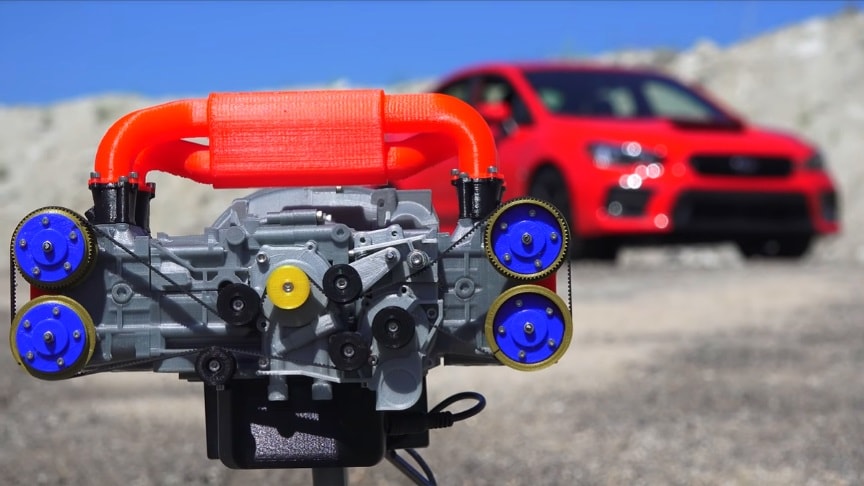 Looking at either layout, they’re both based on the same four strokes. Intake, compression, power, and exhaust. Both engines fire one cylinder for every 180 degrees of crankshaft rotation, but they have slightly different firing orders.In this video we are going to be comparing inline four cylinder engines with boxer four cylinder engines, and talking about the individual advantages and disadvantages of each engine layout./Engineering Explained

This means that the primary forces when the piston reaches the top of the cylinder, as well as when they reach the bottom of the cylinder, are canceled out. On the inline four cylinder engine, it’s the same story, the primary forces cancel out as the pairs of pistons reach the top and bottom at the same time.The other biggest advantage of the boxer engine is the low profile, which keeps the center of gravity low and thus reduces the amount of load transfer you have in the car during braking, cornering, or accelerating, which improves grip.read more: Engineering Explained