Airbag for Bike by Forteon is a patented airbag design that aims to save motorcycle riders’ lives.Airbag for Bike is a revolutionary motorcycle safety system which deploys an airbag that surrounds the rider. The motorcycle ejection airbag incorporates a belt system that is designed to be less intrusive than a seatbelt in a car. 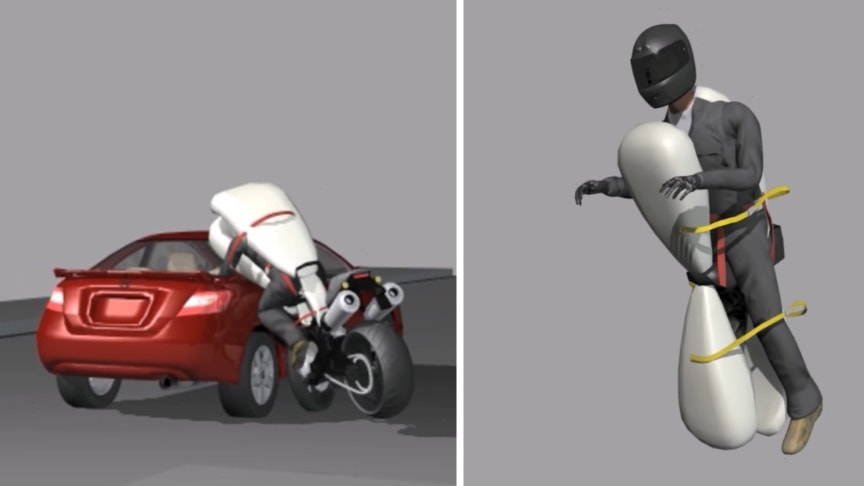 There’s no need for a special jacket or complicated gear. The rider simply attaches the lap belt on the motorcycle and is ready to ride safely. Using smart electromagnetic technology, the buckles on the rider automatically release if the rider wants to jump off of the motorcycle in a low risk scenario.The motorcycle ejection airbag system also knows not to deploy if the rider is not in serious danger.

The buckle does not strap the rider to the seat, but rather, incase of an accident, the straps gently hold the airbag to the rider while it forms a protective cocoon around him. The airbag stays inflated for a couple of seconds after the accident and then deflates to allow the passenger to move to a safe location.

Our prototyping is currently in the preliminary phase and we have so far developed a prototype with sensors, a preliminary inflation system and rudimentary airbags. The early prototype uses CO2 canisters whereas the fully functional prototype will use a solid propellant or hybrid system.via: airbagforbike