In this video we are going to be comparing inline four cylinder engines with boxer four cylinder engines, and talking about the individual advantages and disadvantages of each engine layout. We have a 3D printed EJ20 Subaru boxer engine, as well as a 22RE Toyota inline-four engine. We’ll start fairly basic and work our way through several different topics for each layout, including the four strokes, the firing interval and order, the vibrations of each layout, the packaging differences, the cylinder head differences, and finally a bit about the sound. 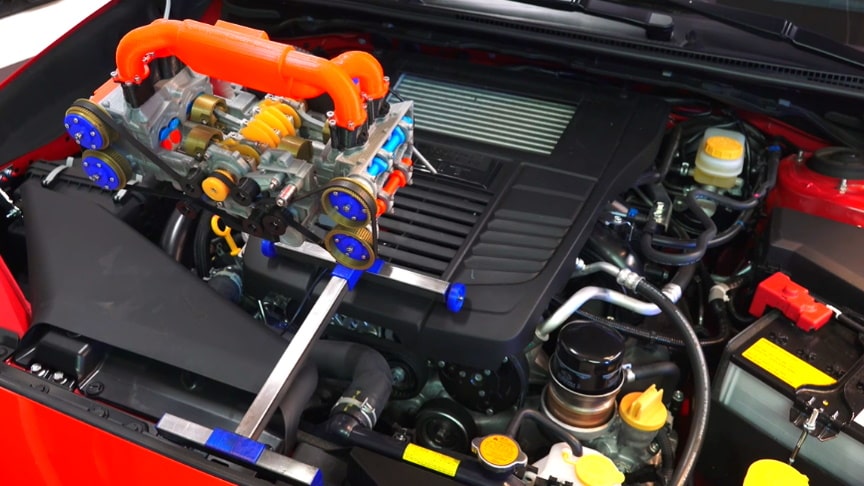 Looking at either layout, they’re both based on the same four strokes. Intake, compression, power, and exhaust. Both engines fire one cylinder for every 180 degrees of crankshaft rotation, but they have slightly different firing orders. On each engine, we can see cylinders one, two, three, and four. For the boxer engine, the firing interval is one, three, two, four, while on the straight four it’s one, three, four, two, so the order of the last two cylinders firing is switched. 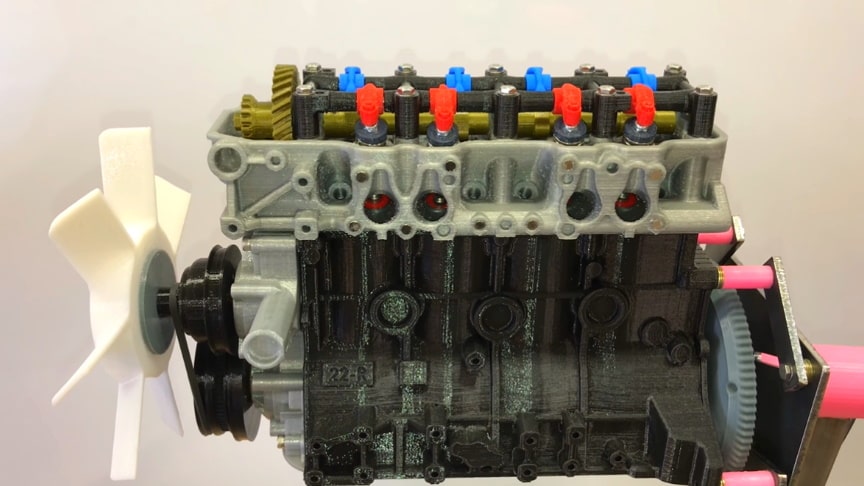 The boxer engine isn’t perfect, however, because the pistons do not perfectly align with each other, it creates a rocking moment which makes the engine want to rotate back and forth along the vertical axis. What’s fascinating, however, is that if you add two cylinders to either of these designs, whether it’s a boxer six or an inline six, you can perfectly eliminate all first and second order forces and moments.

The other biggest advantage of the boxer engine is the low profile, which keeps the center of gravity low and thus reduces the amount of load transfer you have in the car during braking, cornering, or accelerating, which improves grip. With a lower center of gravity, you can also reduce body roll and choose to use softer springs. Additionally, in the event of a collision, it’s easier to position the engine so that it goes underneath the passenger compartment, rather than into the passenger compartment, for improved safety.

That’s not to say the inline four doesn’t have it’s own size advantages. Generally it’s a bit more compact, with only one cylinder head, and it’s not quite as wide as the boxer engine. This leaves more room for suspension geometry, and can also allow for a better steering angle, since the tires won’t have as much of an interference at full lock./Engineering Explained