The concept airplane by Ukrainian aviation engineer Tatarenko Vladimir Nikolaevich shows that in the event of an emergency, the pilots could push a button that would detach the cabin, complete with passengers and cargo, from the rest of the aircraft.Parachutes are attached to the roof of the cabin that are instantly released when the cabin is detached from the plane.What if the cabin lands on water, you ask? Inflatable tubes would be at the ready to keep it afloat. 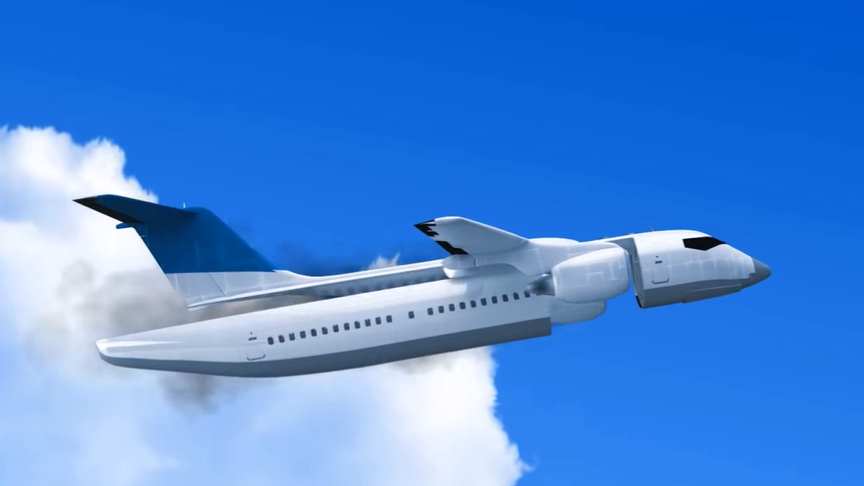 According to ICAO, over the past 10 years there are 8 % of all accidents happen during takeoff, landing – 21 %, cruising flights – 71 %.The analysis of causes of accidents shows that 75% of them happen because of human factor, other – because of omission of aeromechanics. 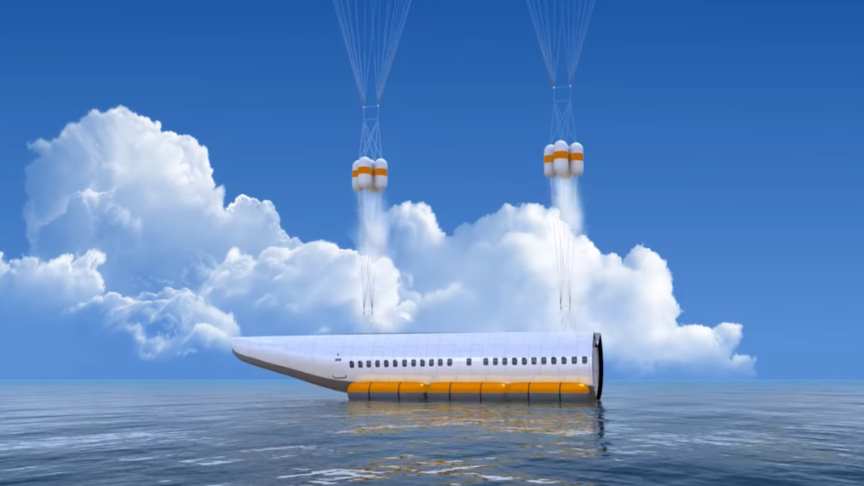 To reduce the influence of human factor by rising up safety of airplanes is impossible. The new principles of aircraft construction are needed – possibility of collective rescuing by evacuation of them from crashing airplane in the range from several hundreds of meters to several kilometers.

In patents #88319(19) UA and #144783 RU owned by Tatarenko Vladimir Nikolaevich such aircraft construction is offered, which provides separation of the lower part of the fuselage with situated there passengers and their luggage, gradual decline of separated part and its soft landing (splashdown), afterwards providing an opportunity for its searching and finding by rescuers.

The guaranty of success of offered airplane structure is in the fact that outlined in patents structure solutions are based on life-long checked technical solutions of landing in military transport aviation.The existing technology of using of Kevlar and carbon composites for fuselage, wings, flaps, spoilers, ailerons, tail will be used during the design. It allows to partly compensate the weight of parachute system.Preliminary calculations show that the weight of the aircraft will increase slightly.