Continuously variable transmissionis is an automatic transmission that can change seamlessly through a continuous range of gear ratios while you drive,a CVT can provide a smoother driving experience when comparing it to a traditional automatic. 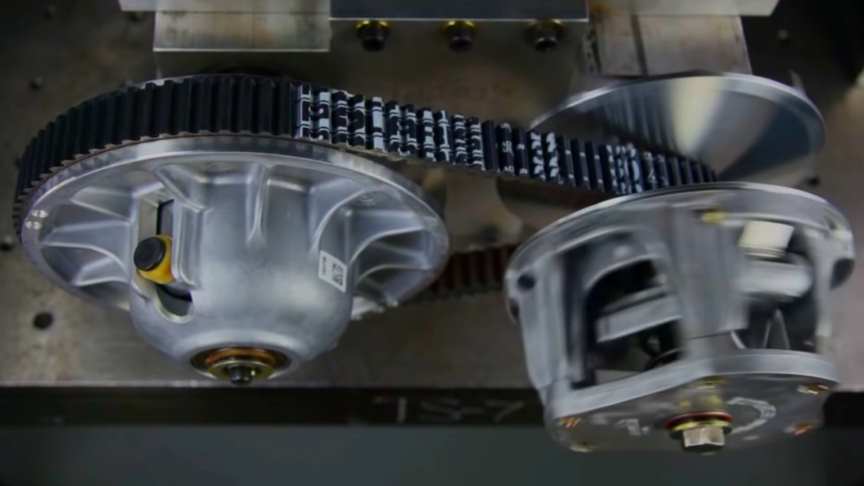 The most common type of CVT operates on an ingenious pulley system that allows an infinite variability between highest and lowest gears with no discrete steps or shifts.The pulleys consist of two cone-shaped halves which move together and apart. The V-belt runs between these two halves, so the effective diameter of the pulley is dependent on the distance between the two halves of the pulley.

As the distance between the pulleys and the length of the belt does not change, both pulleys must be adjusted (one bigger, the other smaller) simultaneously in order to maintain the proper amount of tension on the belt.CVTs may use hydraulic pressure, centrifugal force or spring tension to create the force necessary to adjust the pulley halves.