Copper is not a magnetic metal. Therefore, copper and magnet do not exactly attract each other.In an experiment by NightHawkInLight, very strange behaviour occurs when a large copper plate and a strong neodymium magnet were put together. 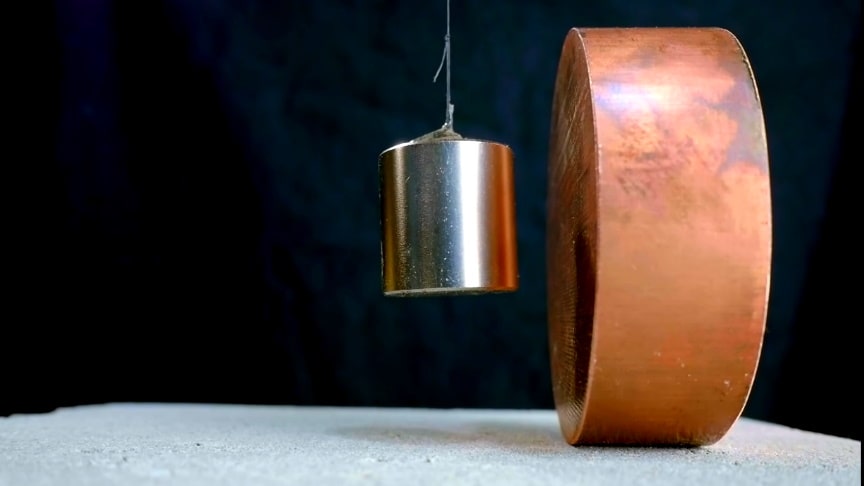 When they are put together, the magnet does not seem to want to slip off very quickly but drags across the copper plate slowly as if it is moving through a thick fluid. Interestingly, when the magnet is dropped on the plate, it slows down midair and gently floats to the surface of copper plate.

This strange behaviour is caused by electricity.In this video I experiment with Lenz’s Law And Faraday’s Law of Induction to generate electricity and magnetic force fields in copper.

When a magnetic field moves through copper and many other metals, it causes electrons to reorganize themselves and flow in a circular pattern perpendicular to the oncoming electrons. You can imagine the electrons were very happy at the place they were before the magnet tried to move them around. So, they simply resist the change by generating a temporary magnetic field of their own./NightHawkInLight