The German aircraft carrier Graf Zeppelin was the lead ship in a class of two carriers of the same name ordered by the Kriegsmarine of Nazi Germany. She was the only aircraft carrier launched by Germany and represented part of the Kriegsmarine’s attempt to create a well-balanced oceangoing fleet, capable of projecting German naval power far beyond the narrow confines of the Baltic and North Seas. 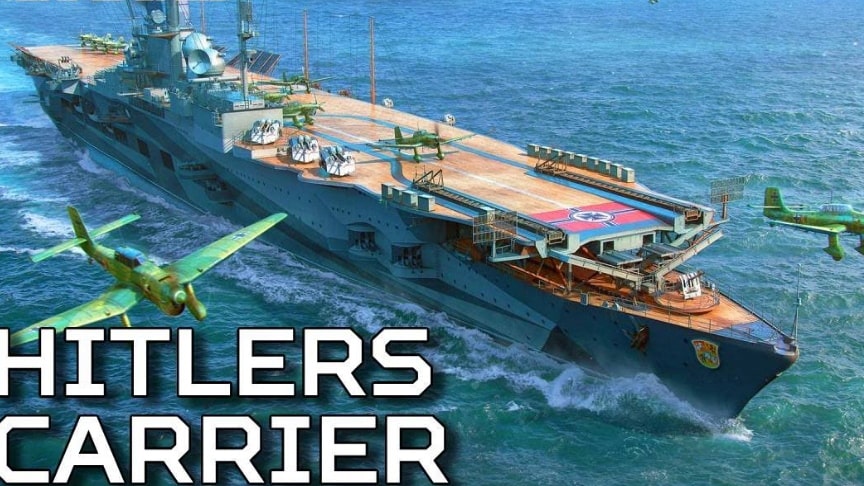 The carrier would have had a complement of 42 fighters and dive bombers.It was to be truly massive, 262m in length, had 31.5m beam, and if you are wondering what that is, well basically fancy naval name for widest points of the ship and its draft was 7.6m, where draft is the distance from the waterline to the bottom of the keel or in simple English, the hull of the ship.

Displacement of the ship was 33.500t and maximum speed was projected at 35 knots.Ironically, this huge aircraft carrier to take on the british could only exist… BECAUSE of the british.In an attempt to appease and improve relations, Germany and Britian had agreed to increase the displacement limit of 38.500t for aircraft craffiers, greater than the limit of the Treaty of Versailles.

This massive ship would require a crew of around 2000, with 300 of them being the aircrew and the rest – sailors and officers. In terms of aircraft on board, we will get to a minute, so hang on.With the green light confirmed, the keel was laid in 1936 and we move forward 3 years towards the start of the war – 1939.///Found And Explained