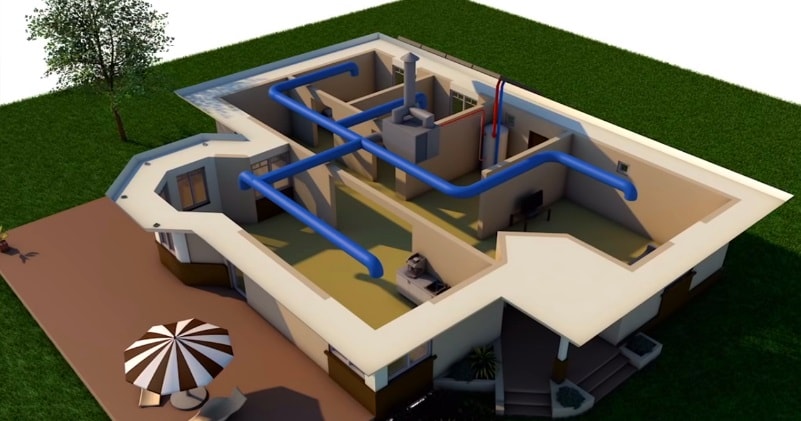 It uses only a fraction of the electricity of current systems and halves greenhouse gas emissions.The process begins with a typical solar hot water system. Water is heated by solar panels and stored in the hot water tank.This solar hot water can then be used throughout the home, reducing the need for gas or electricity. 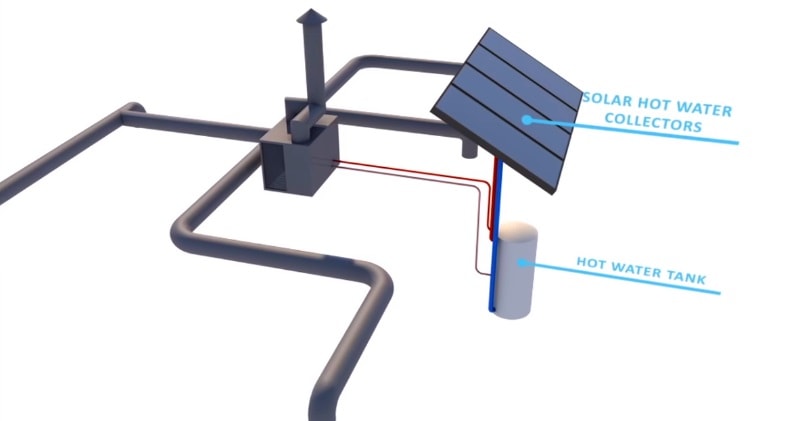 The desiccant material is dried out using the hot dry air generated by the heat exchanger. This air is then exhausted outside the home. The dry air from the desiccant wheel flows through an indirect evaporative cooler which creates a stream of cool dry air.This cool dry air is then fed into the home in order to cool down the rooms. In winter the solar heated air can be used directly to warm the house.//CSIRO