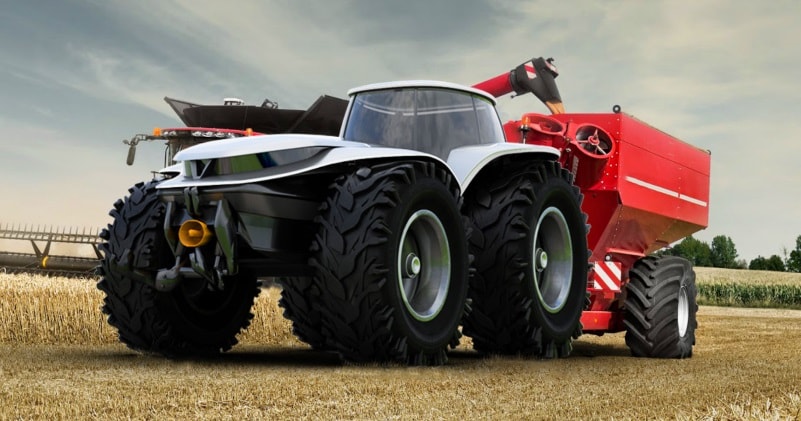 Designed by Lorenzo Mariotti, H202 Tractor concept also pays attention to our environment. By reducing environment footprint of these machines can lead to resource reduction to produce food. 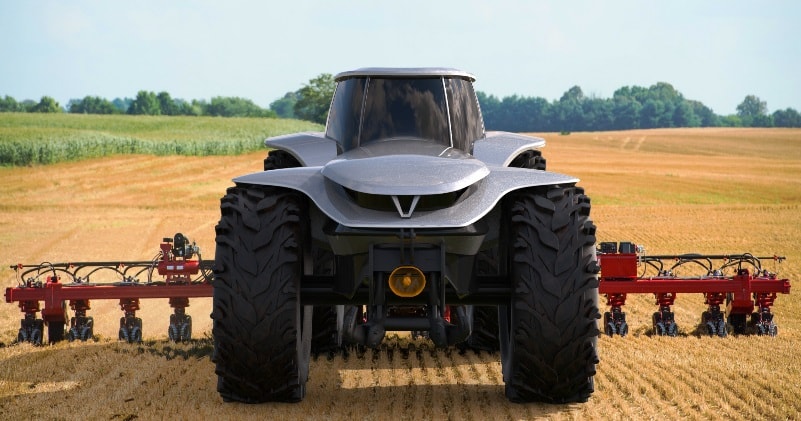 “For the H202 I have chosen hydrogen fuel cell with electric power train. Electric engine has a huge constant torque, it’s clean and requires less maintenance, making it a good successor for diesel engines. H202 is equipped with fuel cell that produces electricity from hydrogen.”

Batteries could also be charged directly at the farm, using a plug or wireless inductive charging. Hydrogen could be obtained from methane produced with anaerobic digesters directly on the farm. In this way the footprint of the whole farm will be significantly reduced.