747 Capt. Paul Holmes has taken a sketch on a bar napkin to the extreme with his Jetmobile built from a 747 engine! It won’t get off the ground, but it’s got 1st class seats, spiral staircase, smoke and sound effects! You’ve got to see this to believe it! 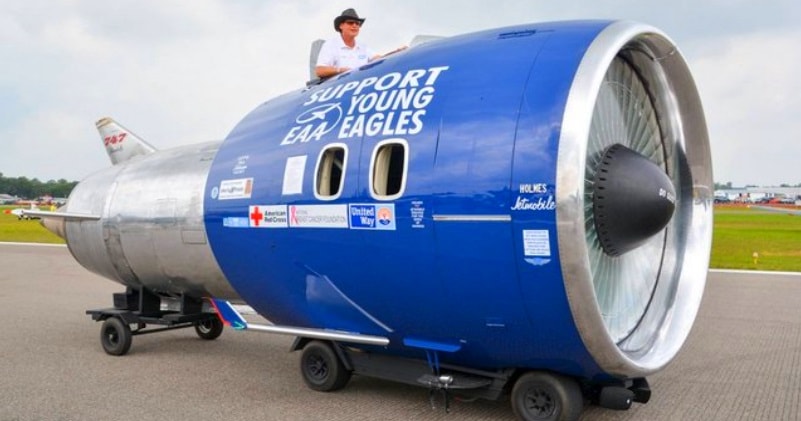 Paul Holmes, a 747 driver for a major airline, had the opportunity to purchase an engine shroud.He started with one of the cowlings that protect a 747 engine and placed it on a chassis from an electric Club Car golf cart. 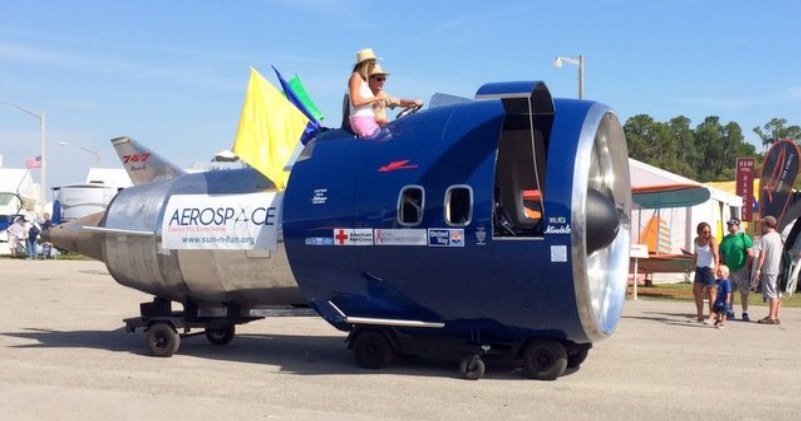 He then purchased some of the airplane’s carpeting, two first-class seats, interior window paneling, a spiral staircase, rudder pedals and a captain’s chair.The finished project tops out at a maximum speed of about 15 mph.

Since range would be too limited for a man who normally leaps entire oceans in an evening,the next addition was an AC generator. Given limitless power.

The next natural step was a killer stereo system, followed by a bubble machine, a smoke generator, and lots of sparkly lights.His creation is complete with first class seats, a spiral staircase and a captain’s seat from an actual 747. It’s all contained in a cowling from a 747 engine.