The 1955 Chevrolet Convertible Street Rod “Payback”.Built by G3 Rods and debut at the 2016 Detroit Autorama.For years Hot Rodders have been putting a small block Chevrolet in everything they had. 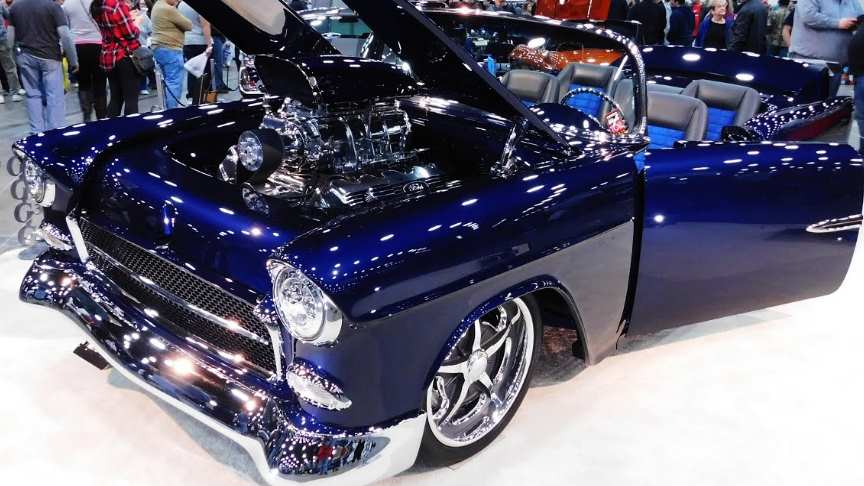 The body is nicely smoothed and set on Art Morrison chassis, while the tucked bumpers, custom grill and one-off wheels give this Chevy unique hot rod look. The fully redone interior is just insane and features four buckets added after the roof is removed, custom dashboard and many more nice touches.

The engine compartment of the “Payback” 1955 Chevy is where things get even crazier. Detailed to perfection a Blown 427 cubic inch Ford V8 engine attached to C6 tranny completes the out of this world look of this G3 Rods build.

It wasn’t until recently that the manufacturers made it easier for builders to make the car and the motor match.So why in the world would someone put a 427 sohc Ford Motor in a 1955 Chevrolet?.For payback!!!..lol..Here it is Ford fans the Car Y’all have been waiting for.Check it out!!!.//ScottieDTV