Check out this 1966 Chevy II Street Machine found at the 2019 Summit Racing Equipment Atlanta Motorama.Charlie the builder tells Me that they were careful not to lose any of the old school cool of the 1966 Chevy II but they have added some hand formed sheet metal ground effects around the bottom. 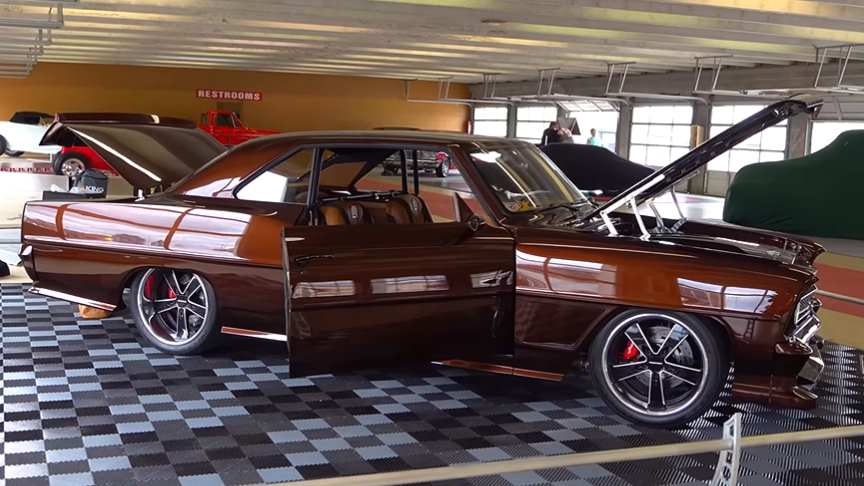 The chassis and suspension has all been upgraded.The interior is all custom and again hand formed sheet metal covered in high end leather…Wheels are always a personal choice and I’m fine with the ones that they chose to use on this 1966 Chevy II from the 2019 Summit Racing Equipment Atlanta Motorama.

Under the custom hood is a LS3 GM Performance create engine with some more custom hand formed sheet metal panel work to dress it up under there.It’s covered in brown paint that gives it a classy cool look and with the light tan interior it really pops!!

This was one of the invited builds that was displayed in the Atlanta Motor Speedway Garage area during the 2019 Summit Racing Equipment Atlanta Motorama a very nice build for sure.I’m sure you’re going to love it.Check it out!!/ScottieDTV