Atlanta Motorsports Park..This car had been in the family for most of it’s life..It started life as a straight six with a three speed.After this 1966 Ford Mustang Convertible had sat in the garage for around 30 years the current owner received it from His Father to do what He had dreamed of since high school. 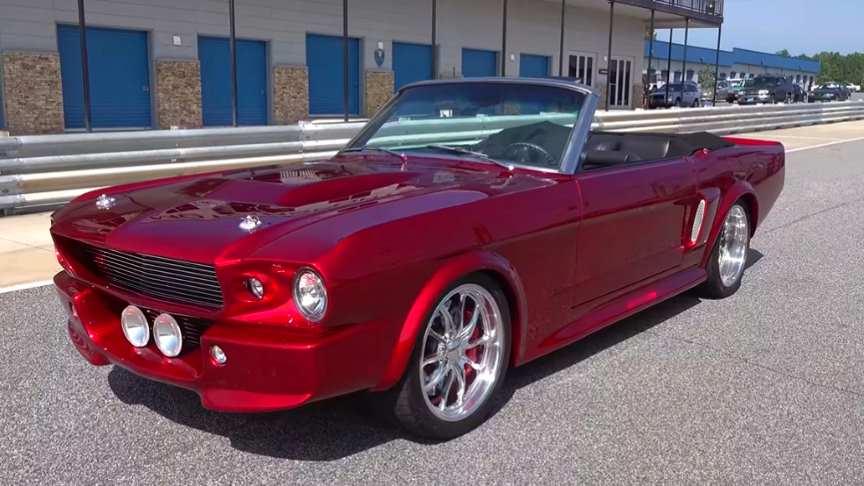 Turn this Ford Mustang into a Hot Rod.Starting with all new Detroit Speed front and rear suspension.Then they added a 351 Create Motor stroked to a 427.The body modifications that have been made are all molded on to the body so there are no gaps.

Everything flows under the raspberry candy paint with raspberry candy ghost stripes.Very cool affect for sure.Complete custom interior including a custom dash.18’s all the way around gives it a very nice stance.

I mean it’s a 1966 Ford Mustang Convertible a cool car from the factory.That has been turned into a Pro Touring work of art.That I shot at the beautiful Atlanta Motorsports Park.I think you will love it.Check it out!!!/ScottieDTV