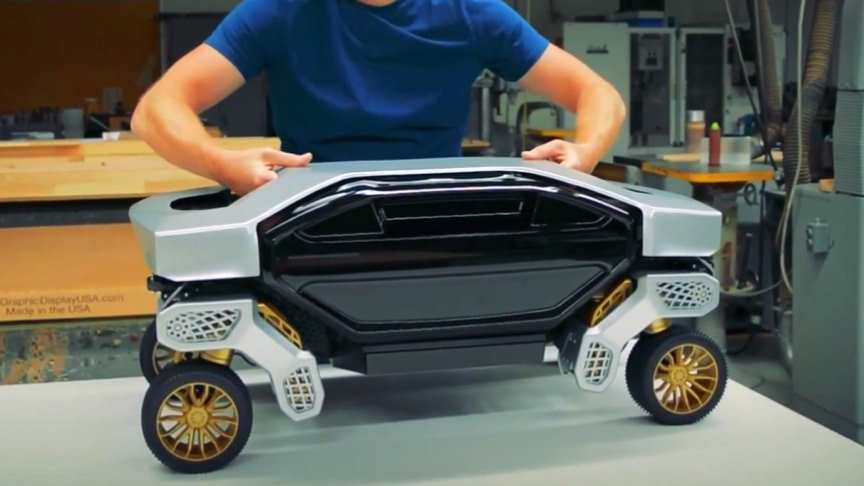 TIGER is intended to carry payloads over remote and inaccessible terrain and designed to operate as a four-wheel drive vehicle or a four-legged walking machine.The electric concept operates like a conventional four-wheel-drive vehicle with its legs retracted.

Based on a modular platform architecture, its features include a sophisticated leg and wheel locomotion system, 360-degree directional control, and a range of sensors for remote observation. It is also intended to connect to unmanned aerial vehicles (UAVs), which can fully charge and deliver TIGER to inaccessible locations./ hyundai