In this video from the 2021 NSRA Street Rod Nationals held in Louisville KY, I catch up with this Pro Touring 1966 Ford Mustang Convertible. It’s covered in a Root beer color paint and trimmed with chrome giving it a understand classic look.Don’t be fooled. 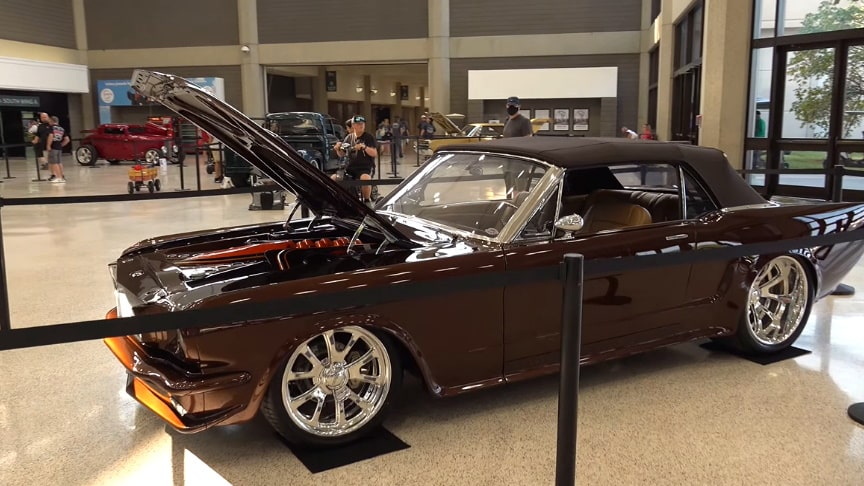 There is a lot of custom fabrication work done to this 1966 Ford mustang Convertible.The rear end has been widened a couple of inches.The front, rear facia and everything in between have been reworked The interior is all custom and covered in a light brown leather.

Nothing like You would have received from Ford back in 1966.But goes well with the rest of the build. Wheels are always a personal choice and no one set will please everyone.

The ones they chose to run on this 1966 Ford Mustang Convertible from the 2021 NSRA Street Rod Nationals complete the rest of this build nicely.Under the hood some more custom fabrication and a modern Ford Coyote 5.0.Suspension and brakes have all been upgraded and refinished to a high level.Lot of time and money spent on this one for sure.Check it out!/ScottieDTV