The Austrian firm of Puch, arguably the leading specialists in Europe in two-stroke engines in the period before WW2, took the decision to produce a light auto-cycle in 1938. 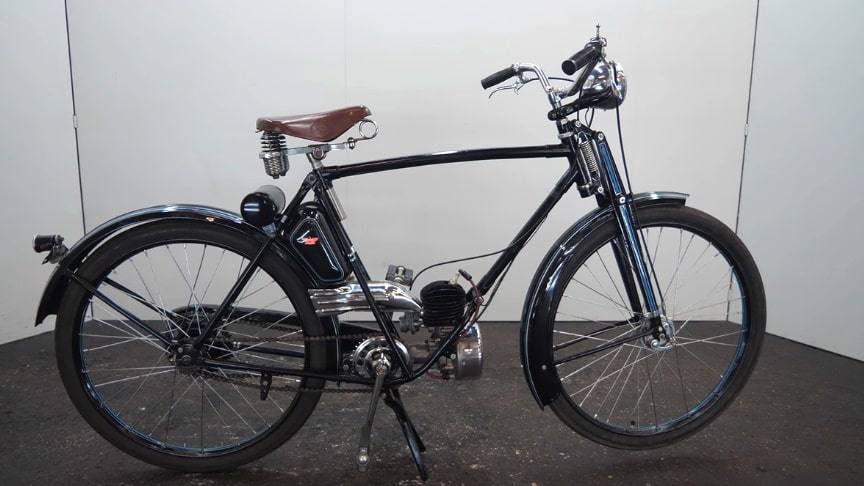 This move reflected that of most other western countries, such machines proving invaluable in the ensuing conflict. The Puch ‘Styriette’ was the result, with a 60cc two-stroke engine of almost clip-on style.

This piece of history has been restored some time ago and is in a roadworthy condition.

The company was founded in 1899 by the industrialist Johann Puch and produced automobiles, bicycles, mopeds, and motorcycles. It was a subsidiary of the large Steyr-Daimler-Puch conglomerate.