In this video from PALS Classics in Knoxville TN, I stopped by to see My Buddy Ace and to check out what He had that was cool for sale.I found this 1968 Chevrolet Camaro RS.Covered in black paint with the white rally strips..A very popular color combination that it wears well. 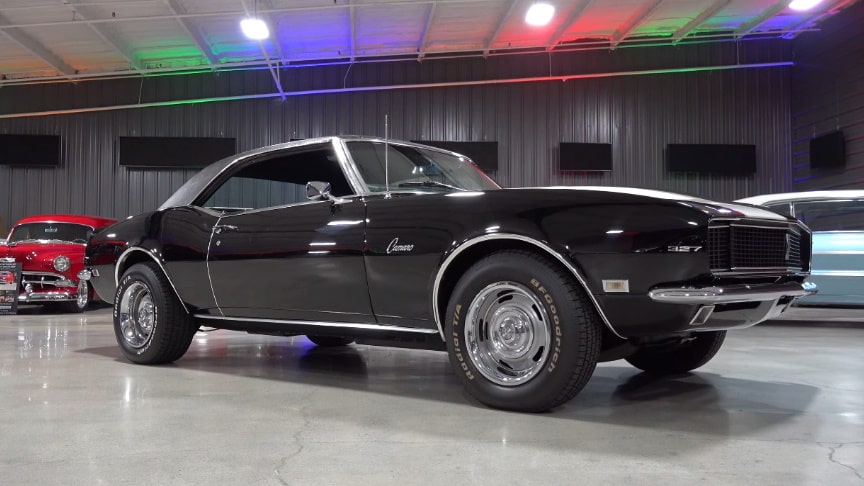 This 1968 Chevrolet Camaro RS from PALS Classics also has a black vinyl top..Not a option you see on a lot of these 1st generation Camaro.But one that really looks good on this car.Under the hood a 327 small block Chevy that has a few custom touches to dress it up.

This 68 Camaro is for sale just in time to enjoy the best of the car showing season.The fallWThis one would be great to take to Cruisin’ The Coast!! A 1968 Chevrolet Camaro RS from PALS Classics in Knoxville TN.//ScottieDTV