An Air Force veteran from Nashville, Michigan transformed a 1943 ‘Douglas R4D into a recreational vehicle. The RV, “The Fabulous Flamingo,” served in World War II in its past life, he has has dreamt of converting an airplane into an RV since he was eight years old.And now, Gino Lucci has successfully converted the derelict fuselage of a 1943 ‘Douglas R4D’ aircraft into a fully functioning motorhome he’s named ‘The Fabulous Flamingo’. 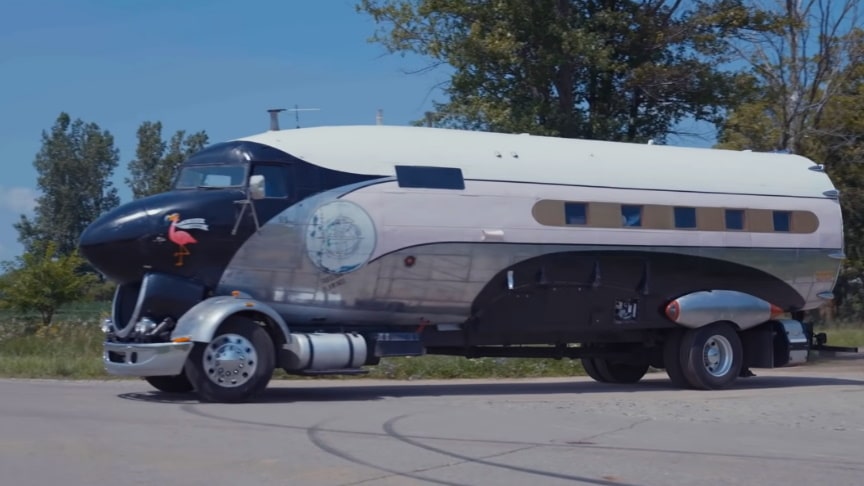 It was originally flown by the Navy in South America, and had been on the ground for over 30 years when Gino’s son found it in poor conditions. Gino and his sons took three months just to fuse the plane with the chassis of an old delivery truck he owned.

It’s 12 feet, 6 inches high, or one foot under the height permitted for road use.The fuselage sits on the chassis of an old delivery truck used by the company he founded after retiring from the Air Force in 2015.

Gino told Ridiculous Rides: “The process we used to merge the two was very hillbilly scientific – it was exciting the challenge of it, every day it was just fun.” It took a whole year to get the vehicle road-worthy and another two years to fine tune the detail – costing Gino $20,000 in total./Barcroft Cars