In this video from The SEMA Show 2022 held in Las Vegas NV, I catch up with the Kindig-It Design 1971 Chevrolet Nova Pro Touring Muscle Car. You know it Dave and His team built it.It’s going to be cool and this 1971 Chevrolet Nova is!! It’s covered in a custom mix that they have named “Opalstetic” Base/clear by Modern Classikk. 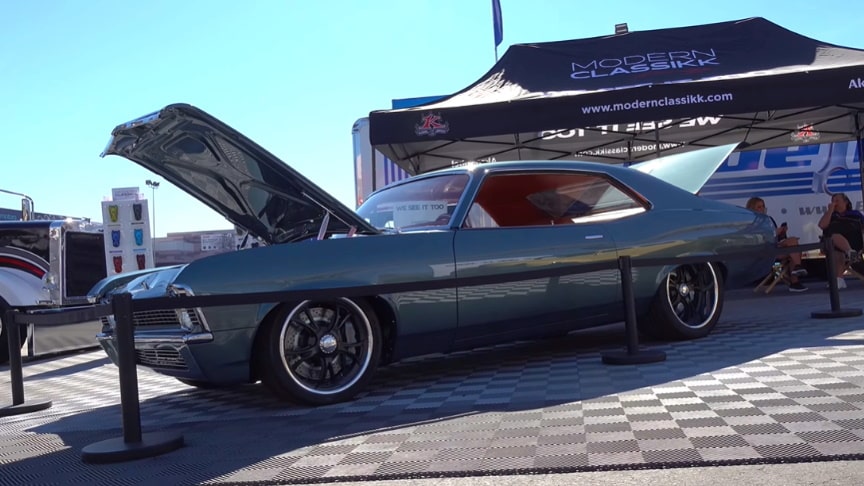 It’s kinda of a greenish gray color? different and very hard to put a finger on.This 71 Chevy Nova wears it well though. The custom leather interior is covered in a orangish tan color? lol.The Kindig-It Design team didn’t make it easy to describe either the body or the interior color.Both you really just have to see for yourself and both are spot on!

Wheels are always a personal choice and on one set will please everyone.The ones that Kindig-it Design chose to run on this 1971 Chevrolet Nova from The SEMA Show 2022 work well with the rest of the build. Under the custom hood is a cleanly installed Mercury Racing SB4 7.0 LT.