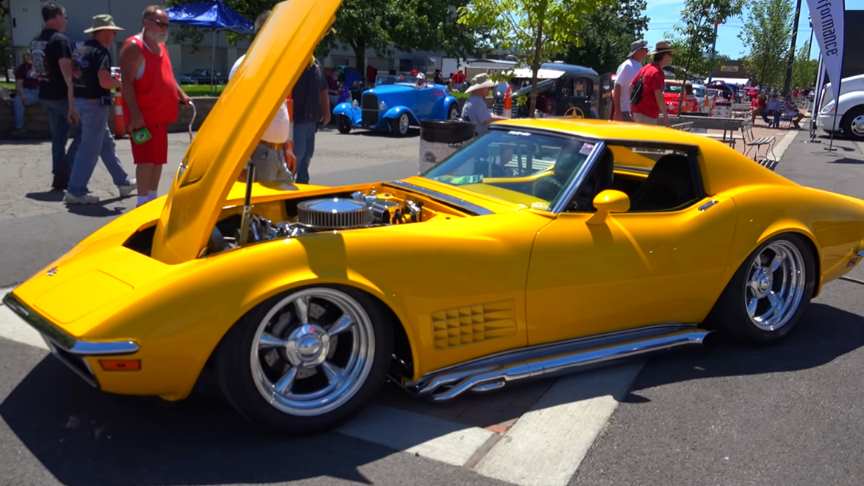 The matalic yellow paint is like fire.I could just stair at it all day.Just eye popping BEAUTIFUL!!.Wheel choice is always a personal choice and I dig the ones on this 1972 Chevrolet Corvette from the 2018 GoodGuy’s PPG Nationals it works for the style of the build.Most of the budget was spent on the most important parts..The appearance and drivetrain.

But the interior has had some custom touches made to it.Under the hood is very nicely done but not crazy custom.Clean and mean is what you will see there.Seems like side-pipes are either something you like.

Or something you don’t.I dig them when they work…And I think they work perfect on this awesome metalic yellow 1972 Chevrolet Corvette from the 2018 GoodGuy’s PPG Nationals in Columbus Ohio and I thing you will to.Check it out!!!/ ScottieDTV