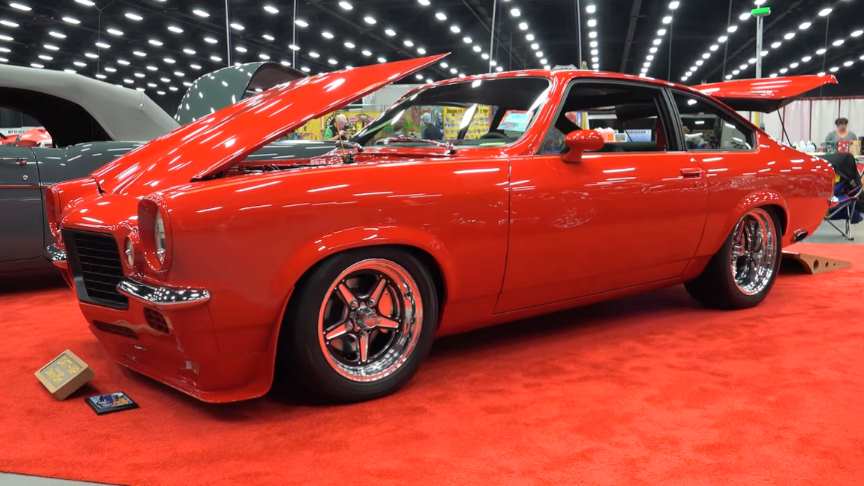 The interior is custom and it has a very cool street machine style to it…The wheels and stance fit this build perfect.Although you still know it as a 72 Vega.

There has been a ton of modifications made to the body…And Danny mounted the backup lights in the middle of the rear bumper.A very cool feature.This is one very cool 1972 Chevy Vega..Unlike any you have ever seen And one you won’t soon forget.via/read more: ScottieDTV