AN ARTIST is driving a 34 foot long van that he built over 30 years ago. In 1974, artist Ivan Benic had a dream to build the ‘wildest van in the world’ – which he calls the Cosmic Cruiser. Within four years, Ivan, from Ontario, Canada, had transformed the van into a 34 ft long masterpiece. 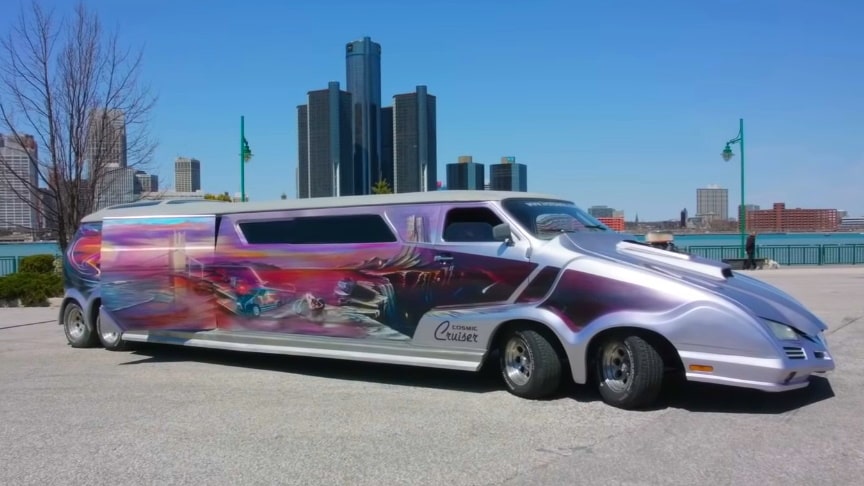 It weighs in at a massive 10,400 lbs while standing over 6-feet tall, yet still manages to pump out 400 horsepower. However, we don’t know much about the engine or drivetrain, but this custom van was equipped with dual axles in the back as well as dual steering gear in the front.

The Cruiser is an 8-wheel, incredibly long and colorful van that seems to defy logic. Most parts on the Cruiser are custom, but Ivan notes that the part under the front is all stock.

After 40 years in hiding the Cosmic Cruiser is making a comeback. Artist Ivan Benic has been restoring his 8-wheeled wonder. The Cosmic Cruiser is already world famous. In the 80’s and 90’s the show van made appearances at a series of prestigious car and van shows, where it scooped up dozens upon dozens of awards./Barcroft Cars