Formerly a state-owned armaments manufacturer, Deutsche Werke AG diversified into the production of bedsteads, agricultural machinery and railway rolling stock after The Great War and around 1921 set up Deutsche Kraftfahrzeugwerke AG in Spandau to manufacture motorcycles under the ‘Star’ brand name. Like BMW, the firm was influenced by Douglas, whose inline ‘flat twin’ was considered one of the best of contemporary designs, and the first Stars were similar to the British machine. 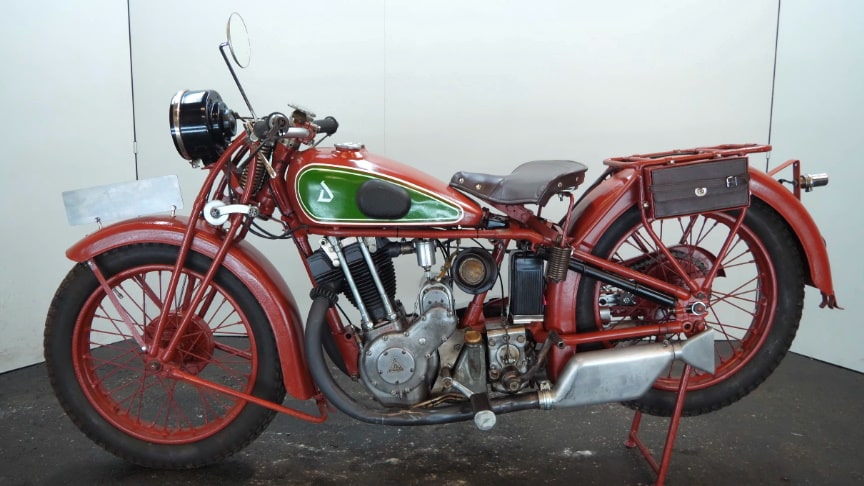 In 1921 H Christiansen was recruited as designer and in 1923 he produced the revised M23 model, the first to be sold as a ‘D-Rad’. The following year’s M24 was the final revision of the Douglas-style model, which was soon replaced by an entirely new design: the R 0/4. A 496cc single-cylinder sidevalve, the R 0/4 boasted unitary construction of the engine/gearbox and a leaf-sprung front fork, and had a top speed of around 56mph. Well built, reliable and competitively priced, it was a huge success, with 25,500 sold between 1924 and 1927.

Formerly with BMW and Victoria, Martin Stolle replaced Christiansen as chief designer in 1927 and spent the next couple of years refining the existing model before coming up with one of his own for 1929 – the R9 – by which time his employer had been reorganised as Deutsche Industrie-Werke AG. Approximately 10,000 were made. Overhead-valve R10 and R11 models followed, selling in steadily decreasing numbers as the economic climate worsened.

Changing tack, the firm dropped its four-stroke models in 1931, replacing them with the 200cc R20 lightweight, which was powered by the German-made Bark two-stroke engine. In July 1932 Deutsche Industrie-Werke AG was taken over by NSU and production of D-Rad motorcycles ceased soon after.Roughly 3500 motorcycles has been produced in total from 1930-1931, only 100 bikes are known today. This bike is a fine running clockwork and is equipped with a SUM carburetor, Bosch lighting system, Bosch horn, Veigel speedo and a D-Rad 3-speed gearbox from its own production.//classic-motorcycle.com